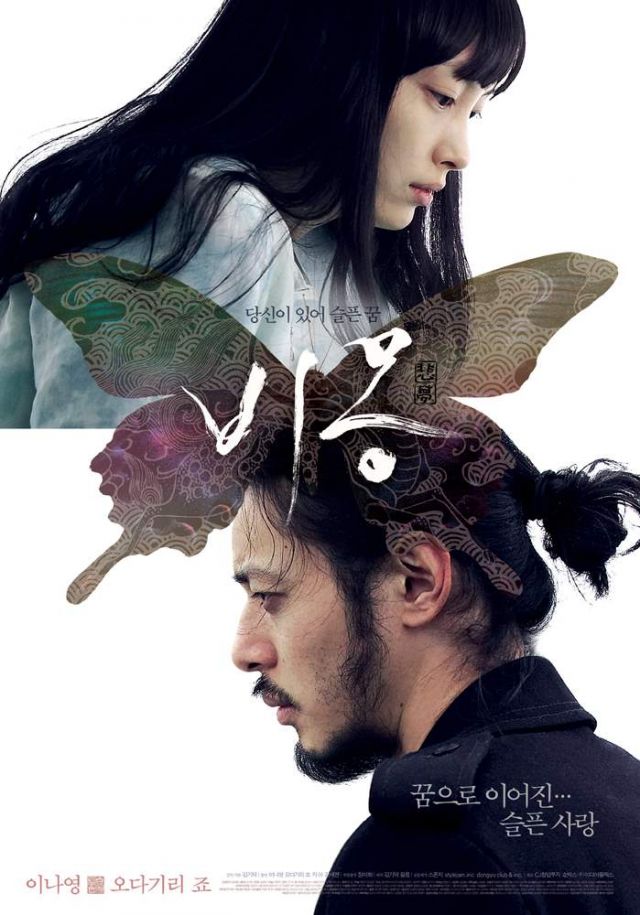 In 1996 Kim Ki-duk's debut film "Crocodile" came into being off the back of a government-sponsored screenplay competition that he won. Since then, this prolific storyteller managed to release at least one film every year from "Crocodile" in 1996 till "Dream" in 2008. Now in 2011, Kim Ki-duk has stolen the limelight with "ARIRANG - Movie" which was recently awarded the Un Certain Regard at the Cannes Film Festival. The controversial film does not yet have a release date for Korean cinemas, but in the mean time I thought I would take a look at his previous film "Dream" and see where Kim Ki-duk last left us.

For those who ascribe to (or can appreciate the romanticism of) the oneiric qualities of film, then Kim Ki-duk's "Dream" will be worth a watch. It's a postmodern metafilm of sorts that takes you on a journey you may or may not wish to take. With its meandering, and at times confusing, narrative, "Dream" plays within filmic dreamscapes and uses fuzzy narrative logic to allude to the dreamy spectacle's true ontological positioning. In this post I thought I would comment on Kim Ki-duk's use of symbols in the film, most notably the motif of the butterfly, as well as the language contradictions, as they pertain to film as textual dreaming.

Butterflies in dreams are largely considered to be representative of ideas surrounding rebirth, metamorphosis, and transcendence. Such thematic projection is not without merit but there was a 14th century BCE Chinese philosopher whose story around his thoughts on a butterfly dream he once had that seems to fit nicely into "Dream":

The butterfly in "Dream" takes the tangible form of a pendant. Its latent meaning is most likely rooted in Zhuangzi's story and how he came to question the truthfulness of any given "reality" he was currently engaged in. Whether or not this was the intended meaning has little significance on the actual narrative or film as a whole. It's a clue, or Easter egg, signposting intention, but it does not, in itself, constitute a preferred reading of the film.

When we dream, things don't always appear to make sense but we generally accept events and depictions as "real".The dream world seems to be largely driven by its own form of dreamy logic that we don't always have the conscious awareness to challenge. Our denial over the true reality of the spectacle functions here in a way that discourages or prohibits any "cross-reality" logic paradigms from being applied. Early in the film, the viewer's expectations are challenged with a linguistic conundrum that raises questions of the depicted reality in relation to our own. How is it that one character can be speaking Japanese and everyone else can fully understand him? Not only that, but how can characters "exists" without even questioning or referencing the contradiction? It appears that the only entity involved in this spectacle that is conscious of this irregularity is, in fact, the spectator. At this early stage, we are forced to either dismiss the film's reality as flawed, and thus hinder our own enjoyment of it, or we could adopt a more "preferred" reading of the film and surrender ourselves to the cinematic dreamscape before us and accept the rules it provides.

Of course, the latter is where most people would find themselves and while we are accepting the reality we see on screen, our own disavowal silences our need to project the linguistic logic from our own world onto Kim Ki-duk's. There are other instances in the film that continued to challenge my own submergence in it. But in order to obtain a balanced criticism against it, we need to evaluate how or to what extent the film allows itself to become "exposed" as a textual dream.

Kim Ki-duk's "Dream" got a lot of mixed reviews from critics and moviegoers and I feel that the above questions probe into the possible reasons. I myself found "Dream" to be particularly hard to watch. I felt my vantage point was being constantly challenged and was subsequently ejected from the magic on a number of occasions. Now is that a cinematic flaw or some narrative hiccup? Given the film's themes and messages, one has to say no. I believe Kim Ki-duk achieved what he set out to in this film and people's enjoyment of it will depend on whether they are willing to jump into his dream world and let go.