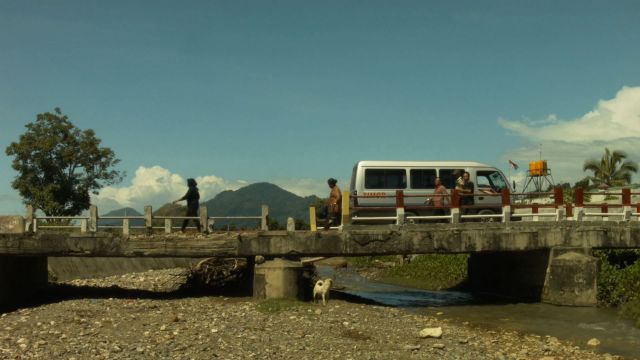 International border lines are imaginary concepts. They exist on maps, not in reality. Now, for people like me (and probably you), they are very real boundaries that mark a sense of personal identity. We travel in the hopes of finding something radically different than home. But to world citizens of lower economic caste, boundaries are a fungible concept that exist as a continuum rather than a set of discrete differences. "Fluid Boundaries" is a documentary that tells the story of these people.

The main standout factor of "Fluid Boundaries" is just how mundane all the stories are. Any one of the migrants profiled here could probably be the protagonist in a fictional film- more art-house family drama than Hollywood blockbuster, but in either case, their stories have obvious dramatic poise. So why is it that they view the world in such basic terms? Why is there no great cause coursing through their lives? How can they all seem so normal?

Mostly because it's all just politics, one way or another. Much as we like to think of ourselves as protagonists, in reality most humans are entirely reactionary, largely satisfied with whatever we have until some major crisis forces us to search for solutions elsewhere. Whether your nationality is Serbian, Japanese, Indonesian, Vietnamese, Singaporean, Malaysian or Korean, this is a constant connecting thread that metaphorically transcends borders.

Now, in terms of literal border transcendence, the obstacles are not so overpowering. While language remains the great divider, to people who have to seriously work for their livelihood, the work itself is far more important than the background and context of that work. While every individual region portrayed in "Fluid Boundaries" is visually distinct, looking as we are into daily life rather than tourist monuments, the similarities consistently appear to be far more commanding in presence than the differences.

It's difficult to properly interpret a film like "Fluid Boundaries" because there's just so much perspective which needs to be taken into account. The task can get to be a little overwhelming. Watching this documentary is like looking at a secret society, except that the people forced by circumstance to make these radical life decisions vastly outnumber the potential viewers. "Fluid Boundaries" challenges the entire notion of culture by noting that upheavel and financial stress are universal concepts, and that the people most likely to embody a country's "true" culture are also those least likely to hold particularly nationalist sentiments. Nationalists tend to be the ones with guns, after all.

What that leaves us with is the notion of country itself being a largely arbitrary concept. All humans are united, not by common cause, but common individual self-interest. "Fluid Boundaries" is primarily interested in using personal narrative to ask baffling metaphysical questions along these lines. I'm not sure to what extent these are helpful questions to ask, considering that the answers are so hard to come by, but then isn't that the point? There's more to heaven and earth than is dreamt of in our personal philosophy, after all.