[HanCinema's Film Review] "For The Emperor" 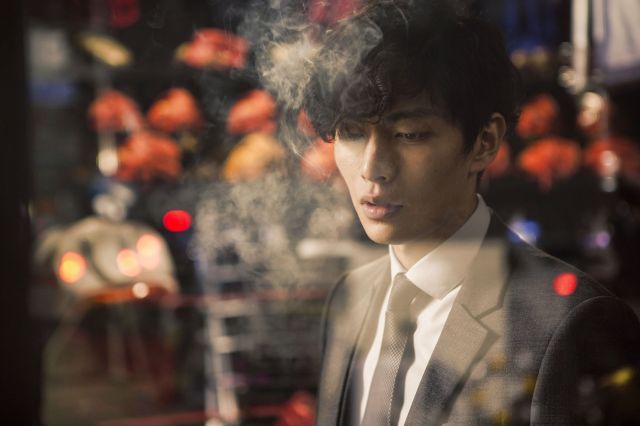 Lee Hwan (played by Lee Min-ki) is a man who, as far as I can tell, has four goals in life. First, he wants to engage in gruesome violence. It doesn't really matter against who. Second, he wants to run a shady gambling enterprise. Third, he wants to have sex. Fourth, he wants to do drugs. Lee Hwan for the most part succeeds in all these goals. Except to the extent these are probably bad goals in life. In that sense he's failing.

"For The Emperor" doesn't really concern itself with the finer subtleties of these plot points though. Take the opening scene- Lee Hwan is in a flashy fight, in the dark, and we're not really sure who he's fighting against but there sure are a lot of them. There's your violence and drugs right there. The sex and the gambling management is probably lurking in the background of his mind somewhere. That's just a guess. It's not exactly clear what's happening in that scene, physically or metaphorically.

Mild spoilers- the scene in question is actually a flash-forward, and for the next hour or so we see the sequence of events that leads up to this incomprehensible battle. It's still pretty incomprehensible I'm afraid. I'm honestly not being that facetious with the whole thing about the four goals. It really is the only way to appreciate anything that happens in the movie, is to not bother with the plot and instead focus on the stuff director Park Sang-joon so obviously wants us to see.

The movie is an exercise in style over substance. You want gangster fights? The more grotesque the better? Lee Hwan pulls these off about as often as possible without making the viewer get bored over the repetition. Ditto with the sex. There's a very deliberate pacing to the movie's action that's actually a pretty effective distraction from the absence of any kind of complex motivation. Do you want to see Yeon-soo (played by Lee Tae-im) in a context that doesn't involve sex? Well too bad it's not that kind of movie.

That's the film's main flaw and its main asset. While it's directed with clear deliberate style, "For The Emperor" isn't really about anything. It's all those parts of crazy gangster movies that you like, but with a minimum emphasis on the boring talking parts in-between that deal with motivation. The business negotiation sequences here are practically a meta-joke. The characters just make a conscious decision to talk gambling for awhile until they get bored enough to do the more exciting stuff.

There are shades of characterization here- the bare minimum to keep the interactions interesting, but not enough for the viewer to get who any of these people are. But then that wasn't really the intent anyway. "For The Emperor" doesn't really set a high bar for itself in terms of narrative filmmaking. At the same time I can't really fault it for succeeding in its goals. This isn't an amazing piece of art by any means. Still, for the person who just wants to see violence, sex, drugs, and shady gambling business negotiation, it's decent enough.

"For The Emperor" is directed by Park Sang-joon and features Lee Min-ki, Park Sung-woong and Lee Tae-im.

"[HanCinema's Film Review] "For The Emperor""
by HanCinema is licensed under a Creative Commons Attribution-Share Alike 3.0 Unported License.