[HanCinema's Film Review] "Forget Me Not - A Letter to My Mother" 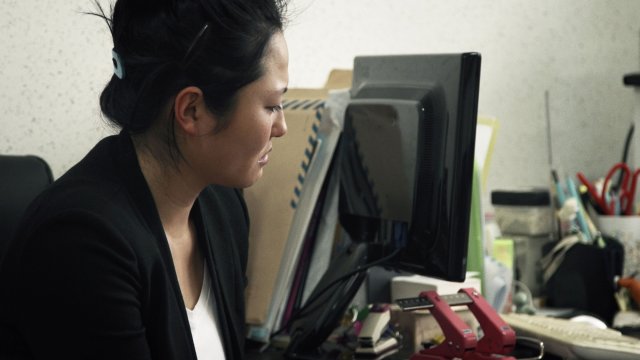 Director Sun Hee Engelstoft is a Korean adoptee who was raised in Denmark. Sun Hee Engelstoft doesn't resent her Danish parents- to the contrary, the closing subtitles dedicate the whole of "Forget Me Not - A Letter to My Mother" to them. Nevertheless, Sun Hee Engelstoft lives with a constant sense of longing and curiousity regarding her birth mother. Who was she? Why did she give her daughter up? To find an answer, Sun Hee Engelstoft got permission to film at the Aesuhwon Sister's Heights home for unwed mothers on Jeju Island.

In contrast to much rhetoric regarding adoption as a social issue in South Korea, Sun Hee Engelstoft does not make any attempt to explain or understand South Korean culture in her documentary. It's a wise decision, that puts the entirity of the focus on the often brutal conversations she has with the anonymous young mothers. The main feeling that resonates through these discussions is one of hope. They want a better life for their children.

But in a bewildering twist, most of them do not want to give up their children for adoption. Quite a few of them actually have supportive boyfriends, or at least boyfriends who try to be supportive. So why is it that nearly all of them opt for adoption? As seen by Sun Hee Engelstoft, it's not a matter of personal will. One attempts to write down the positives of adoption versus raising a child herself and fails to come up with anything.

What happens is that the young women are simply bullied into the decision by their parents. They see early pregnancy as inherently destructive to the life of a young adult. There's something bitterly dark about how these parents are convinced that a good education and job bring happiness- and how their daughters are unimpressed by this amorphous dream of nothing. They want to love. They want to be loved. They want to have a purpose.

That Sun Hee Engelstoft herself doesn't seem to grasp these implications of late capitalist despair just makes these moments that much more sharp and cutting. One negotiation involves a young woman's stepfather proposing he adopt her baby as his own illegitimate child. The social logic at play is preposterous in its sensibility. A pregnant stepdaughter is something to be ashamed of. But a secret mistress, well, that just proves that he's rich.

It would be all too easy to turn these into polemics on South Korean culture and patriarchy and I greatly appreciated how Sun Hee Engelstoft didn't do that. She just helplessly asks why, sometimes quite literally, in terms of her own pain as an abandoned child contemplating that shared fate with her mother. It's raw, harsh, unharnessed feeling. I didn't blame Sun Hee Engelstoft for breaking into tears at her own press screening. I doubt very many adoptees or their birth mothers could even tolerate the emotional agony of the documentary's brief eighty-six minute runtime, let alone the years Sun Hee Engelstoft spent filming it.