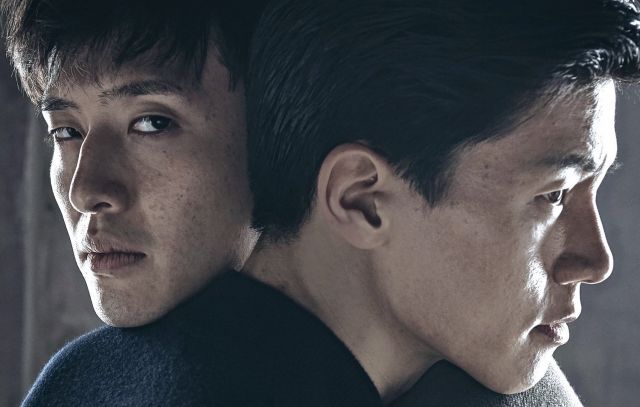 Back in 1997 Jin-seok (played by Kang Ha-neul) is a young man who leads a generally idyllic existence with his family. But lately, something seems off. It starts with the nightmares- these horrific, abstract images that feel familiar yet come out of nowhere. Then the new house itself starts to give Jin-seok the creeps, with its odd noises behind that one suspicious door. It's only a matter of time before Jin-seok's paranoia extends to consider direct human causes as well.

Director Jang Hang-jun dedicates all the cinematographic energy into making "Forgotten" into a paranoid mystery thriller with strong dashes of horror movie setpieces dashed in. The result is that Jin-seok, much like us, is simultaneously filled with terror about what lies behind the next door yet also crippling curiosity that compels him to conduct investigations when simple questions don't do the trick. The atmosphere is tense, excellent, and just a tad addicting.

Then Jin-seok finally starts to find answers. The first one is such a whopper it's pretty obvious right then that whatever else Jin-seok could find out he's definitely better off not knowing. He doesn't have a choice though. Actually, Jin-seok eventually comes to understand that he never had a choice, that his entire life, consciously or subconsciously, revolves around what lies behind that door. Regardless of whether or not Jin-seok lives in fear, that particular monster could pop out at any time.

Much like life itself. Students of Korean history should well be aware of the 1997 Asian Financial Crisis - a factor that destroyed many a Korean family, and lurks ominously in the background the minute we see the calendar nailed to the wall. There's the more comical monster of Donald Trump- yes, he was around back then too. This context turns the happy background world of Jin-seok's 1997 into a twisted funground mirror, reminding us of terrors we can't escape today any more than Jin-seok could back then.

Of course, feel free to interpret "Forgotten" purely in the vein of being a genre film centered around its own grotesque plot twists. That works too. Honestly, if you want to quibble with some of the particulars I wouldn't blame you. The psychiatric science is a little sketchy. Then there's that market that goes from closing down to being literally completely abandoned over the course of a few minutes. Besides that some complex background manipulations are necessary to prevent Jin-seok from finding the right clues sooner.

Although once again, I'm reminded of how Jin-seok doesn't really want answers, because he's already happy. Jin-seok only searched them out in the first place for fear that his happiness was about to be stolen. It's something he has in common with the main villain, if you really want to call that particular character by that word. What they both realize by the end is that the truth is worthless when a reassuring lie can dull the pain. Worse than worthless, really, since once the truth is known, only an exceptionally powerful lie can slip the hapless patient back into denial.

"Forgotten" is directed by Jang Hang-jun and features Kang Ha-neul, and Kim Moo-yul.