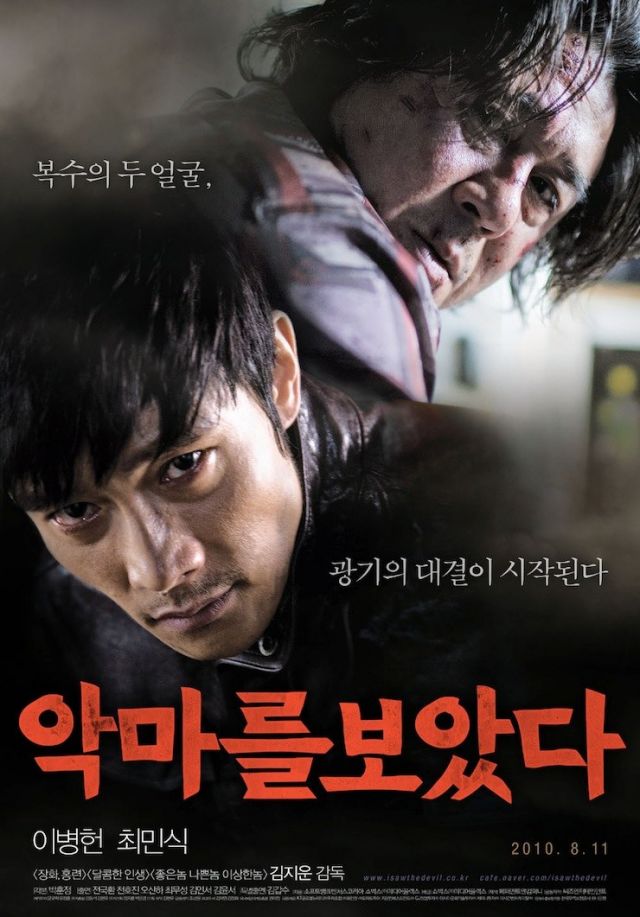 Viciously enthralling and relentlessly graphic, Kim Jee-woon's "I Saw the Devil" is a thrilling descent into the blackest corners of revenge and obsession.

It's a late and snowy night. A pair of luminescent angel wings frames the rear-view mirror as we are driven down a long and quiet country road. A woman is stranded in her car waiting for roadside assistance, but before help arrives her windscreen is smashed in and is quickly bludgeoned unconscious. The opportunistic and merciless killer then hauls her to his hole-in-the-wall hell hold and, without hesitation, dismembers her. He then cleans up the pieces and washes away the blood, a process he appears especially accustomed to. A couple things make this opening scene stand out but it is the moment when their eyes meet that will rock you. It's a moment of pure helplessness and undeterred bloodlust. Buckle up because it only gets worse from here.

Choi Min-sik appears to have put his negative feelings about the changes in Korea's film quota system aside to pull out a devastatingly smooth performance as a disturbed serial killer. Attempting to beat him at his own game is Kim Soo-hyeon (Lee Byung-hun, who recently donated 700 million won to the earthquake and tsunami victims in Japan), a top secret agent who continually tracks down and toys with his fiancé's murder. As the violent junctures between the two increases in both intensity and consequence, the only distinction between them is a cruel and blood lusting case of nature versus nurture. 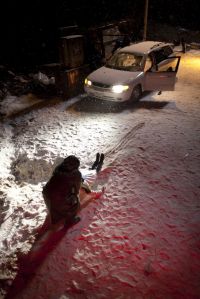 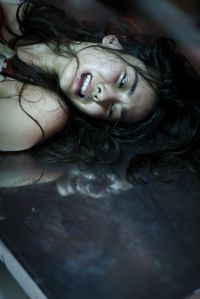 "You don't look like a monster", says one of Min-sik's equally dysfunctional murdering associates to our apparent hero. Indeed he doesn't look like the type, but unfortunately actions speak louder than words and the grotesque and atrocious things he does for revenge couldn't be put into words anyway. There is definitely a synthesis of pleasure and pain in his actions as he repeatedly finds and wounds his wife's killer. And you might have all but given up on him until the very last scene reminds you of the emotions he had to repress to do what he thought he must.

"I Saw the Devil" is a long and gory probe into becoming one's own worst nightmare. Kim Jee-woon has constructed this horrifying tale superbly with great depth and you would have to be as cold as our killer here to avoid being transfixed by the spectacle. It's wickedly ironic and nervously comical at times and it manages to do it all without breaking the death grip it has on our senses.