[HanCinema's Film Review] "In the Name of the Son" 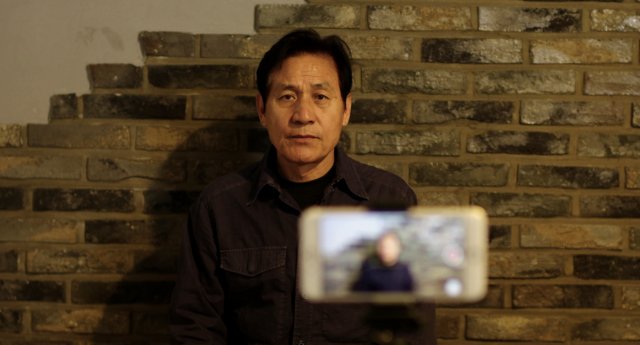 Despite it clearly being implied that aging taxi driver Chae-geun (played by Ahn Sung-ki) is an exceptionally dangerous street fighter, "In The Name of The Son" only features one brief fight scene. This is in spite of the movie's larger arc delving into how in Gwangju circa 1980, powerful persons ordered the massacre of innocents. When a gun makes an unexpected appearance, the question looms as to whether Chae-geun will kill those responsible.

But the thing about guns is, if used correctly, they don't really facilitate fights. The whole point of using a gun is that it's not much of a fight at all. You just shoot the other person, and that's it. This undercurrent of realism flows through "In The Name of The Son" which serves as a spiritual reckoning for Chae-geun. Despite seeming like a kindly old man in the present day, there are definite hints that Chae-geun's past is filled with mistakes that he is, to this day, ashamed of.

What's really interesting is why. As we eventually learn, Chae-geun lost what mattered to him most in the world by a freak accident. If not for that accident, Chae-geun may have convinced himself that he did what he had to do, for the sake of his family and his country. But such illusions are difficult for Chae-geun to maintain in a modern world where he is patronized by former superiors who still think of him as a good soldier, and dealing with similar sociopathy from the younger generations.

Director Lee Jeong-gook has an interesting perspective flip in these situations. Where a normal cantankerous old man might just blame kids these days for not respecting their elders, Chae-geun fully understands that this kind of selfish, gangster-like behavior is exactly what has been rewarded by South Korean culture for as long as he can remember. There's little in the way of empathy in this fundamentally sad world, where victims of the uprising wallow in paranoia, never feeling as if the monstrosity they witnessed has ever truly been taken into account.

"In The Name of The Son" must have seemed like a bitterly cynical project when it was prodcued in 2019. But the evolving political situation in South Korea has borne out most of the film's chief social criticisms. Namely, that the crimes related to the Gwangju Uprising have been forgiven, forgotten, and that the worst criminals have maintained lives of luxury while the bones of their victims lie unmourned in unmarked graves.

The main conflict isn't the challenge of bringing the truth to light, but Chae-gun coming to accept his own complicity in these crimes. It doesn't feel like enough. And the weirdest part of it all is, that Chae-gun is taking advantage of his own status as a loyal soldier to do what the actual victims of the Gwangju Uprising could not. So it is that in the climax, we finally learn why Chae-gun is so emotionally distant from those people who consider themselves his friends, and why the soft-spoken man can only truly express camaraderie through violence.