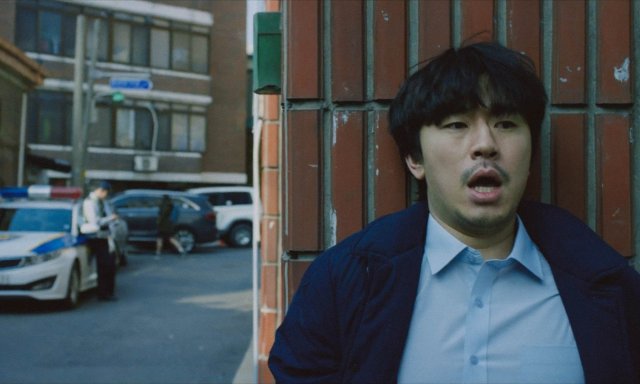 There's a whole genre of criminal thriller called true crime. It's a terrible name, because true crime stories are almost invariably overly focused on the lurid details with a greater emphasis on personalities rather than the crimes themselves. They give the impression that realistic crimes are meticulously masterminded. In actuality, most crime is short-sighted and petty. "Killed my Wife" is a crime story that is far closer to realistic than your typical crime film as its leading man Jeong-ho (played by Lee Si-eon) is a completely unremarkable schlub of a man.

There's no twist when it comes to the basics of his personality. Jeong-ho has destroyed his career, his marriage, and his health through his many poor life decisions. "Killed my Wife" toys with the idea that maybe Jeong-ho didn't really kill his wife Mi-yeong (played by Wang Ji-hye), that there was some wider conspiracy at play. But by the time we get to the final, unnervingly depressing scene, there's only one real conclusion to be made. Jeong-ho didn't learn a single damn thing.

It's a postscript thats unique in its sheer mundanity, reading like a part of a hobo's obituary. The entirity of "Killed my Wife" could easily be fit into a single paragraph summation of a story in the local crime beat section of a newspaper. Critically, such short summations omit any descriptions of police incompetence. Which is not to say that Lieutenant Dae-yeon (played by Ahn Nae-sang) is a particularly bad cop. He's just not a particularly good one either, even if the man does eventually manage to crack the case.

Observe how the big breakthrough ends up having nothing to do with either Jeong-ho or Dae-yeon, but the apparently random introduction of new decisive evidence that suddenly clarifies important hitherto unknown aspects of the crime. Jeong-ho's own investigations into the previous evening of his incredibly pathetic life amount to nothing. All the time Dae-yeon spent chasing Jeong-ho around likewise amounted to nothing, both men agonizing over ultimately meaningless details of an equally meaningless crime.

This overwhelming sense of apathy is what renders "Killed my Wife" an astonishingly depressing film. Remember Mi-yeong- the wife, whose death is the impetus for the entire plot? Because Jeong-ho doesn't, not really. He's weirdly aloof about engaging with the emotional trauma. As time goes on we see that the whole wrongly accused man trying to clear his name thing was less the reason for Jeong-ho's behavior as it was a rationalization of it.

It's Mi-yeong, not Jeong-ho, who is the truly tragic figure of the story. We see how she committed no crime save for trying to maintain her own self-respect as well as that of her husband and was rewarded with a forgettable death that largely went unmourned. By the same token "Killed my Wife" is a forgettable movie. But it's a legitimately frightening one when you consider that your untimely death will, more likely than not, just be seen as the central foundational element of a murder mystery.