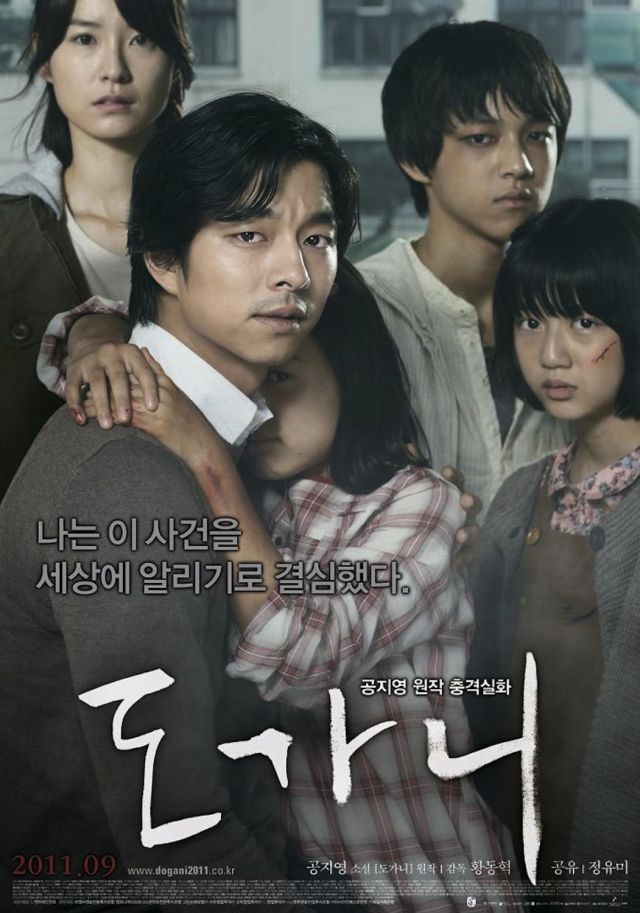 Hwang Dong-hyuk's "Silenced" has been causing quite a stir with the public since its release late last month. The film has ignited outrage from the public as this true story raises questions into the serial rape of disabled students that started back in 2000 at a school outside the capital (news for those stories are here). "Silenced" earned 911,179 admissions this past weekend, putting it on total of 2,501,300 as it once again secures the number one position

Sohn Young-sung's "The Client" has gathered some momentum; jumping from last week's number seven to this week's number two. 480,049 admissions was good enough to sit pretty behind "Silenced" in a chart where the local films are dominating the top spots. "Countdown" also saw a jump and is currently occupying the number three with 145,775. "Arrow, The Ultimate Weapon" is just a sniff away from becoming Korea's biggest film of the year as it adds 91,886 to its impressive total admission figure of 7,245,651 ("Sunny" had 7,369,202).

The action-thriller "Abduction" is the highest foreign entry this week with just 64,972 admissions. This latest film by John Singleton (directed of "Shaft" and "2 Fast, 2 Furious") follows a young man who is set on discovering the truth behind his childhood when he finds his baby photo on a missing persons site. At number six we find the Japanese animated drama "From Up on Poppy Hill". The film is based on the manga of the same and is set in 1963 Yokohama and follows a young girl who becomes involved with her school's newspaper club as the past makes way for the new. "Mr. Popper's Penguins" is at seven, attracting 30,086 to put Mr. Carrey's latest effort just shy of a million admissions in Korea.

At the bottom of the log now and we start with "Contagion" who is still stuck at eight with 21,501 tickets sold this past weekend. At nine is "The Killer Elite", which is based on Sir Ranulph Fiennes's 1991 novel "The Feather Men". And lastly, "Marrying the Mafia IV – Family Ordeal" lingers at ten adding 11,227 to its admission total of 2,345,076.

"[HanCinema's Film Review] Korean Weekend Box Office 2011.09.30 ~ 2011.10.02"
by HanCinema is licensed under a Creative Commons Attribution-Share Alike 3.0 Unported License.
Based on a work from this source