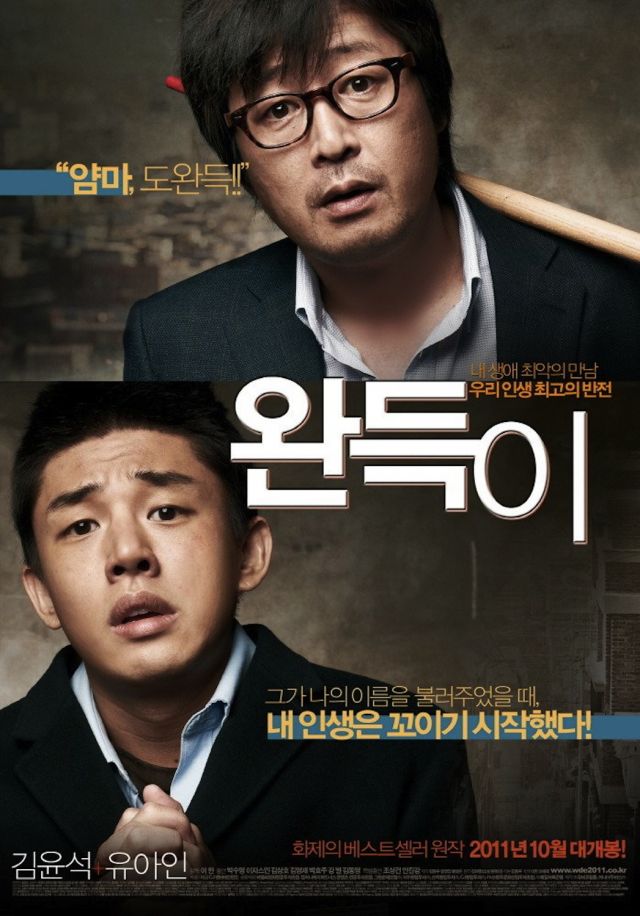 In a slightly quieter week, Lee Han's "Punch" remains at number one with 361,807 admissions and 29.9% of the ticket sales. Lee's film is also currently at number five for Korea's top films of the year, just behind "Silenced" and "Detective K". Another week or two should see it surpass one, if not both, of these blockbusters.

The dazzling "Immortals" still occupies the second slot with 197,472 admissions; a considerable drop from last week's 480,241 but it was enough to keep its position as total ticket sales dip slightly this past weekend. Brad Pitt managed to visit Korea to promote his new film "Moneyball" which has made it to number three in its first week followed by the well-supported "Reel Steel". "Reel Steel" now has over 3 million total admissions in Korea and is at number nine for the top films released in Korea for 2011.

Kim Byeong-gon's "You Pet" has been bumped down a place, thanks to Mr. Pitt's latest, with 87,572 admissions and 7.2 % of the movie ticket sales. The third Korean film in the charts is "Penny Pinchers", it to takes a knock as its admissions were more that halved from the last weekend. "In Time" has been evicted from the top ten and one of the films that gave it the nudge was "Tower Heist" by Brett Ratner. Playing on a number of successful heist films, "Tower Heist" gets some big names together to take a shot at adding some slapstick laughter to the formula.

The new Korean film in the top 10 is Park Heon-soo's "Perfect Partner", a comedy about an older women falling in love with a younger man, the film has earned 34,282 admissions thus far. At nine is another foreign comedy called "Horrible Bosses", it follows three friends that conspire to murder their bosses when they realize it is they who are standing in their way of success and happiness. Lastly, the Hong Kong film "Swordsmen" comes in with just 10,427. This action/drama flick is directed by Peter Chan and was release in China back in July this year, it was incluced as one of the film's that competed at Cannes this year.