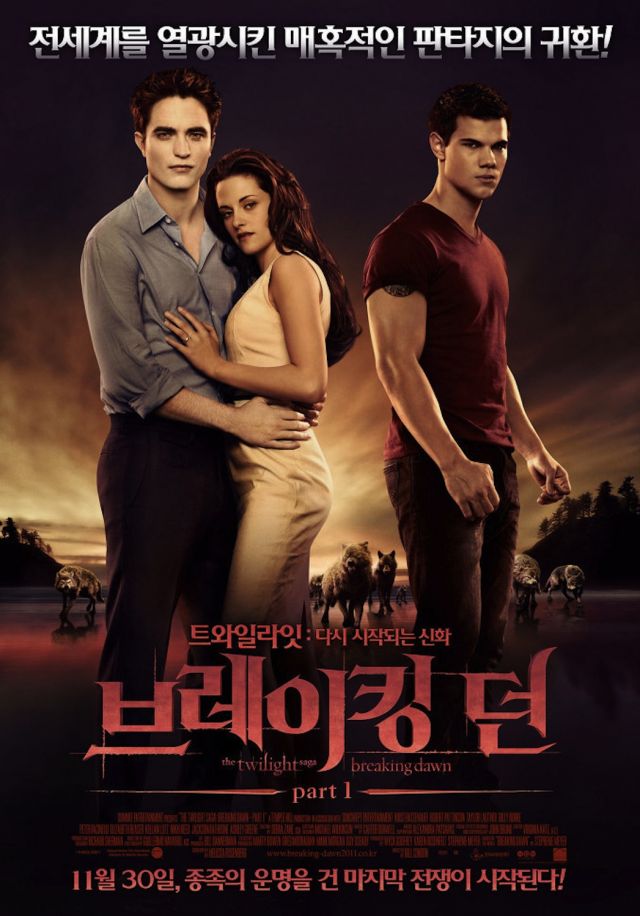 The holiday season is in full swing here in Korea and the numbers for December's first week are in. With a healthy 482,384 admissions, "The Twilight Saga: Breaking Dawn - Part 1" is standing tall as fans of the popular series gather to get their latest fix of the vampire and werewolf action. It's probably not going to win any Oscars but its popularity cannot be denied as the series marches forward.

In second is a new Korean release by Hwang In-ho called "Spellbound". This quirky romantic comedy stars Son Ye-jin, Lee Min-ki, and Shin Seong-hoon and was just released in Korea on December 1st. "SIU" follows with 201,264, which is less than half of what Hwang's new flick produced. "SIU" went from number one last week and 24.3 % of ticket sales, to this week's number three with just 12.8 %. But the big winner has to be Lee Han's "Punch" which crossed the 5 million admissions mark this past week. "Punch" overtook "Detective K" to settle as Korea's third most successful film of 2011. 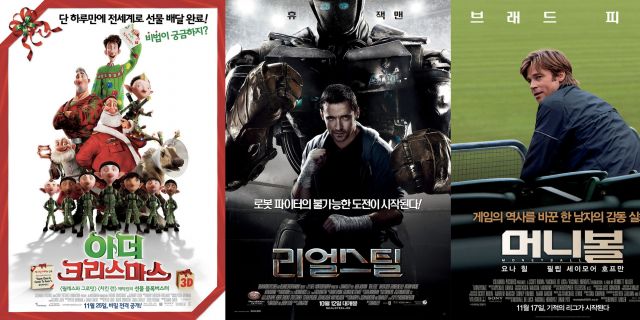 "Arthur Christmas" is down two places at number five, despite only attracting 36,000 less moviegoers from last week. Shawn Levy's "Reel Steel" has been a steady performer in Korea and is still hovering around the middle with 58,945, giving it a grand total of 3,521,389 and placing at nine for the highest grossing films released in Korea for 2011. Brad Pitt's "Moneyball" hasn't quite achieved the level of success it would have hoped for.Iit is still shy of a million admissions in Korea despite a visit from Mr. Pitt himself.