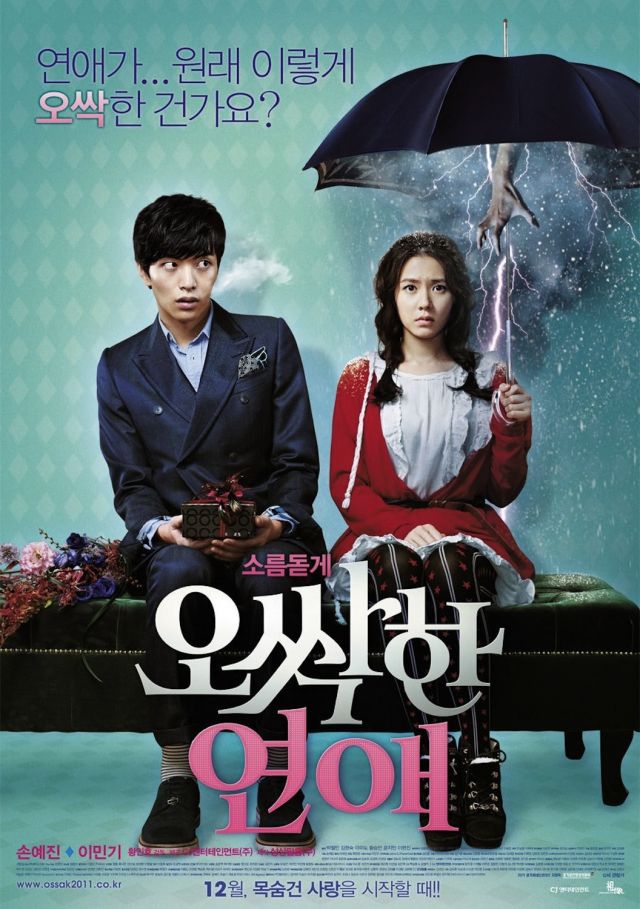 The second weekend of December crowns "Chilling Romance" as its top pick. Hwang In-ho's feature claimed a hearty 590,232 admissions and 34.6% of the total sales. This is the comedy's second week on circuit and despite being undone by the new "Twilight" film last week, it now finds itself two places clear of the vampire/werewolf fantasy hit.

Steven Spielberg tackles the much-loved character of Tintin in "The Adventures of Tintin". The animation blockbuster came in at second with 407,330, trumping even the new "Twilight" in its opening week. "The Twilight Saga" earned 249,656 admissions which is 232, 728 less than it had last week, costing it two place in the weekly chart. "Arthur Christmas" now has 520,821 total admissions as the countdown to Christmas begins.

"SIU" broke the million admissions milestone, but not by much as Hwang Byung-gook's action crime film continues to slip down the chart. The much loved and popular "Punch" is still around at six with a total 5,226,346 admissions, it will be interesting to see if Lee Han's smash hit can linger till the New Year and possibly flirt with the 6 million admissions mark. Luke Evans and Aidan Gillen accompany the action star Jason Statham in the crime thriller "Blitz" at seven. It has earned KRW 353,911,500 thus far.

The new Korea film in the top ten this week is "The Final Blow" by Park Joong-goo and stars Yoo Dong-geun, Yoon Jin-seo, and Kim Jeong-hoon. Park's first major feature earned 28,568 admissions in its opening weekend in Korea. At nine is "Reel Steel" seeing out its impressive run with 23,977 tickets sold, and at ten is Brad Pitt's "Moneyball" with just 9,767.