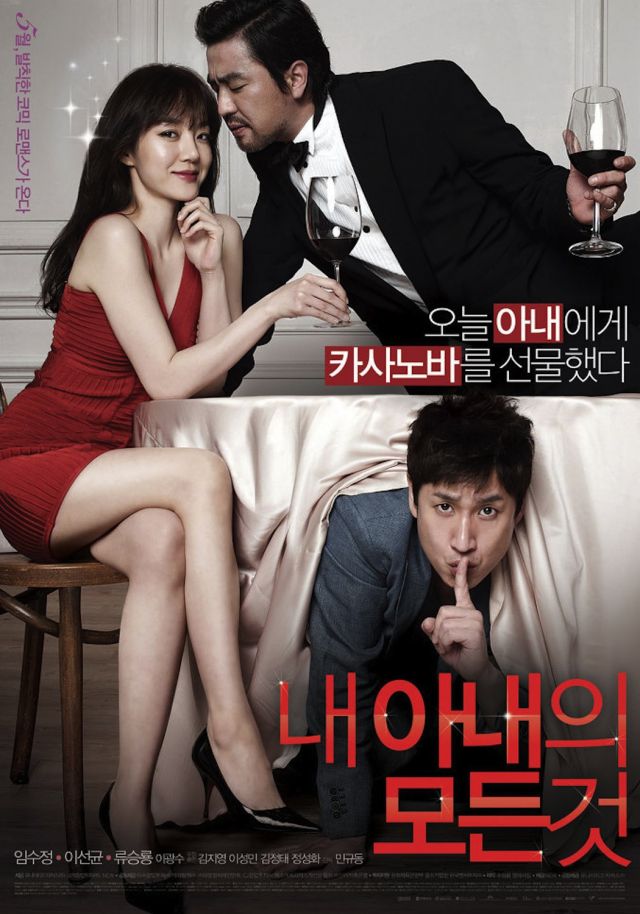 Marvel's "The Avengers" is narrowly dethroned as the top performer in Korea. The blockbuster gave way to Min Gyoo-dong's comedy drama "Everything about my Wife" that jumped five spots in the right direction. "Everything about my Wife" claimed 593,856 admissions and that was just enough to outdo the 565,166 earned by the "The Avengers". Besides Marvel's record smashing comic book hit, this week saw Korean films hold their own as the local flicks held more than 60% of the total ticket sales.

The number one film released in Korea this year so far is Marvel's "The Avengers" with a whopping 6,341,747, trumping "Nameless Gangster" as well as the currently very popular "Architecture 101". The film has been smashing records the world over, and its success is no more felt than here in Korea. Despite its bullying presences, local films managed to hold there own at the top, with the newly released "The Taste of Money" causing a lot of buzz this past week. It's a provocative drama from director Im Sang-soo and its first weekend produced 445,374 admissions. Keep an eye on this one, both in Korea and abroad. Moon Hyeon-seong's "As One" is at four with 200,159, placing it now with 1,619,157 admissions and a few more local favourites to compete with.

Tim Burton's fantasy comedy "Dark Shadow" is down two places with 66,765, with the number five slot acting as the watershed so far as admission counts are concern. Next, the action film "In the Cold Light of Day" makes its entry with 49,288. The film is from director Mabrouk El Mechri and stars Henry Cavill, Bruce Willis and Sigourney Weaver. "Mirror Mirror" stumbles down three places, only managing to add 40,359 to its new total of 557,233 admissions.

Lee Yong-joo-I's much talked about "Architecture 101" is still around and kicking at number eight. "Architecture 101" is currently the second highest grossing Korean film of the year with 4,078,024 to its credit. "Dr. Seuss' The Lorax" follows it at nine with 23,262, and Jeong Ji-woo's "A Muse", which is down five places from last weekend, rounds out the top ten.