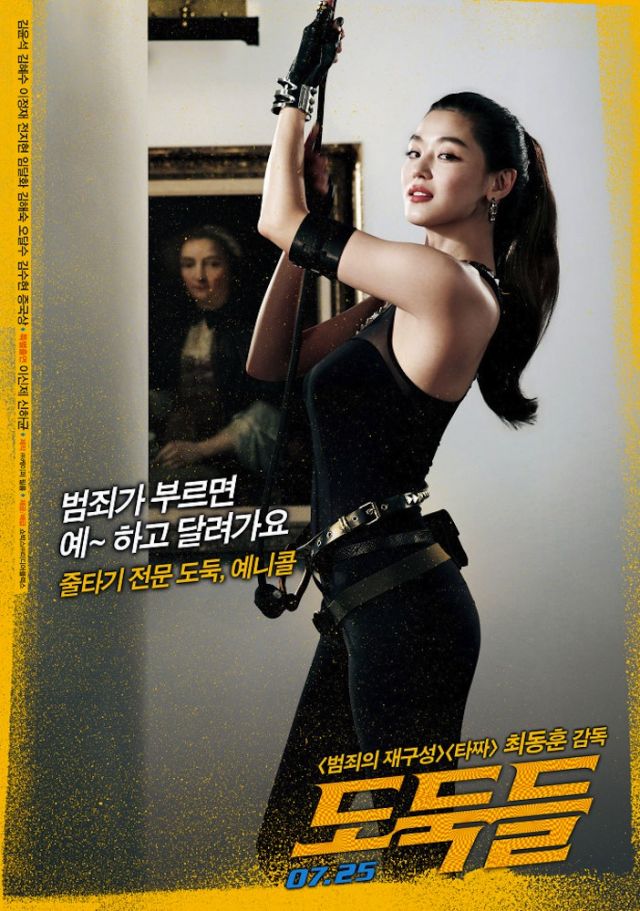 Choi Dong-hoon's "The Thieves" has been smashing the record books as the Korean public are still scrambling to catch this star-studded heist flick. "The Thieves" is already the highest grossing film released in Korea this year, with a phenomenal admissions count of almost 10 million! That's more that 2 million past its closest rival "The Avengers". All the while undermining "The Dark Knights" climb to 6 million admissions as well as nullifying the initial impact of Kim Joo-ho's "The Heist" which entered the race this past week.

"Step Up Revolution" is at 7 with 21,029, providing with a small break in the charts before yet another animation claims a position in the top ten. The Japanese film "Detective Conan The Eleventh Striker" came into the charts mid-July and is still around grabbing money, but it seems to have exhausted its pull; topping out at 499,976 total admissions during its time on circuit. Finally, at number ten is the omnibus film "Horror Stories" which peaked at number four when it came out, but since then it has made a steady decline towards the wrong end of the chart.