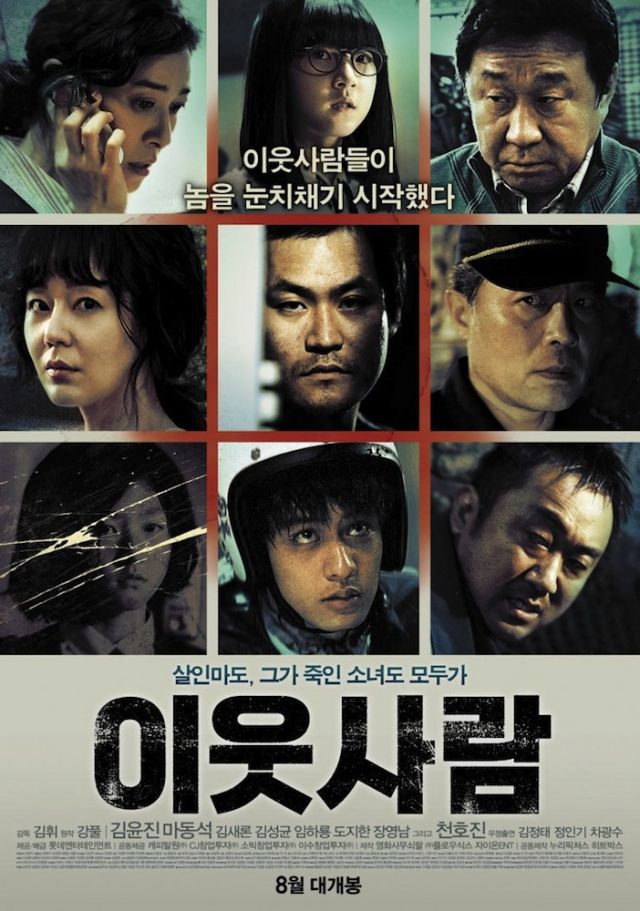 Kim Hwi's new thriller "Neighbors" has denied Choi Dong-hoon's "The Thieves" a fifth straight week at the top. Kim has been involved in a number of productions, including working on the script for "Haeundae", but this is his first directorial attempt on the mainstream cinema circuit. The film clinched 31.10% of the weekend's ticket sales, that adds up to be 782,200 admissions in its opening weekend. After last week's close race for the top, Kim Joo-ho's "The Grand Heist" managed to get one back on Choi's blockbuster hit. Overall, the local hits dominated the top end of the chart, holding more than 70% of all tickets sold over the weekend.

That was it for the local favorites as the new "Total Recall" settled for fifth with 172,672 admissions, followed by the urban musical "Step Up Revolution" which was down one place from last week with 165,122 (6.50%). Belgium's "Sammy's Adventures 2" is enjoying its fourth straight week in the top ten now. The highest position it has held was number three in its opening weekend, since then then film has managed to survive all August's challengers to walk away with a total admissions count of 1,401,327.