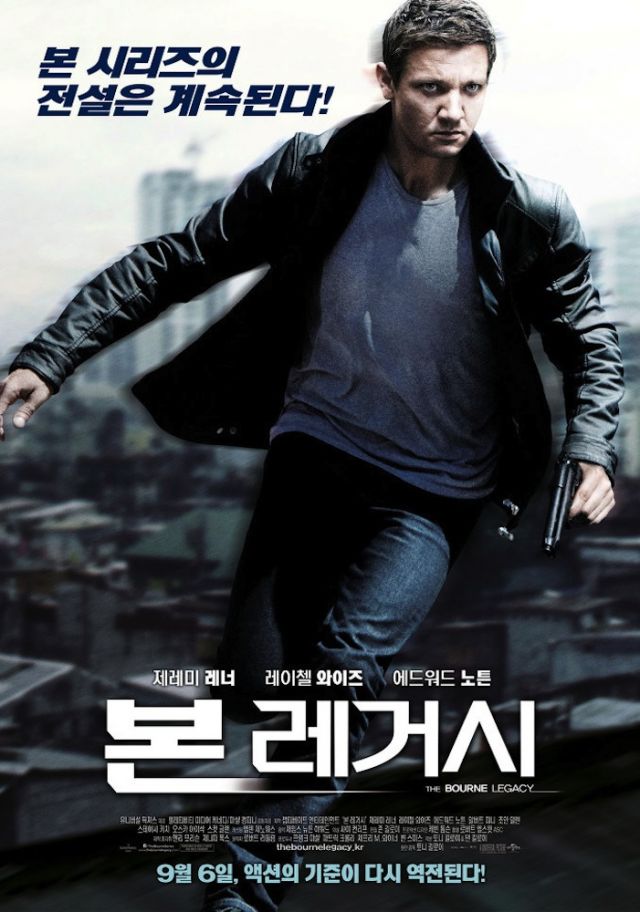 Tony Gilroy's "The Bourne Legacy" marks the first foreign film at number one since "The Dark Knight Rises" at the end of July. The peak of the Korean summer has bee dominated by local releases, but not this weekend. With close on 30% of the ticket sales going to Gilroy's popular action thriller, "The Bourne Legacy" snapped up the ticket sales with 523,776 admissions in 588 screenings around the country. Last week's top pick was demoted to second, as Kim Hong-seon's "The Traffickers" had to settle for 303,537 and second place.

"The Grand Heist" also fell a couple of places, slipping from last week's number two film to this weekend's number five. This historical comedy has already amassed a very healthy 4,834,100 admissions, despite never quite being able to step up to the number one. At number six is the hottest film of the year so far "The Thieves" with 12,837,050 admissions in the bank. Kim Ki-duk has done it again with his new film "Pieta" which recently walked away with the top prize from the Venice Film Festival. It was awarded the "Golden Lion" and this is the first time a Korean director has managed such a accomplishment. Kim Ki-duk's awarding winning film sold 58,468 tickets in its home country over the course of its first weekend out in circuit.