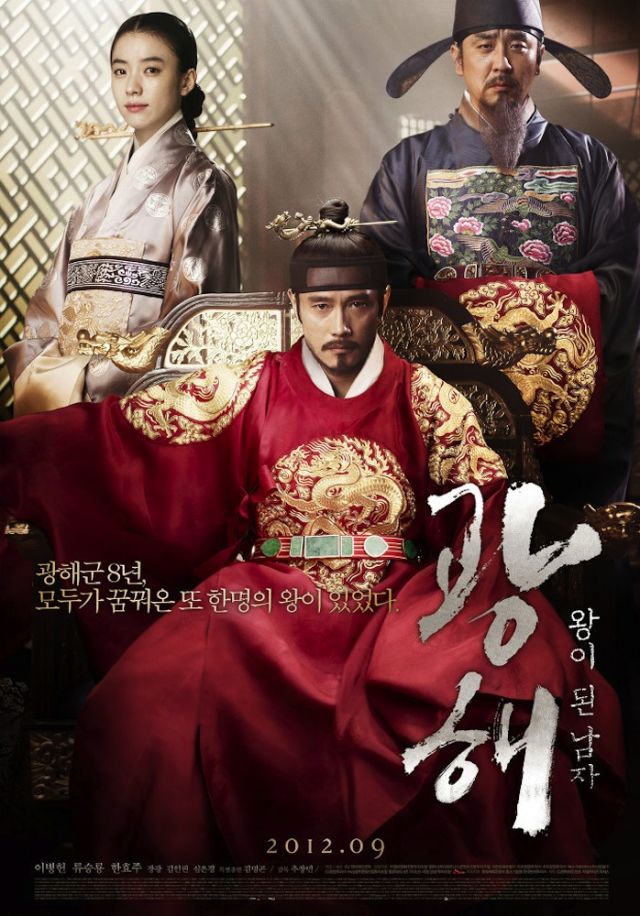 Tony Gilroy's "The Bourne Legacy" wasn't able to hold down the top spot over the weekend, ultimately being surpassed by Kim Ki-duk's "Peta" as well as two new releases both foreign and domestic. But it was Choo Chang-min's "Masquerade" that turned out to be the big favorite with 1,100,859 admissions, that accounted for and 53.3% of ticket sales over the weekend. Previously known as "The King of Joseon", it tells the familiar tale of the commoner come King in this historical drama. "Masquerade" stars Lee Byung-hun, Ryu Seung-ryong, Han Hyo-joo and Jang Gwang and was released last Thursday.

Writer/director Kim Hong-seon's "Traffickers" also fell three places, with the weekend's number awarding this action thriller fifth position in the chart with 92,743 admissions. Next was Mamoru Hosoda's Japanese animation "The Wolf Children Ame and Yuki" (as known as "The Wold Children"); the film has been well-received by Japan's own critics as well as internationally and has claimed 77,809 admissions in its first weekend out in Korea. "The Expendables II" falls fours places to find itself at this weekend's number seven. Last weekend this Hollywood blockbuster cracked 241,415 admissions, but a week later and that number has plummeted to a paltry 53,581.