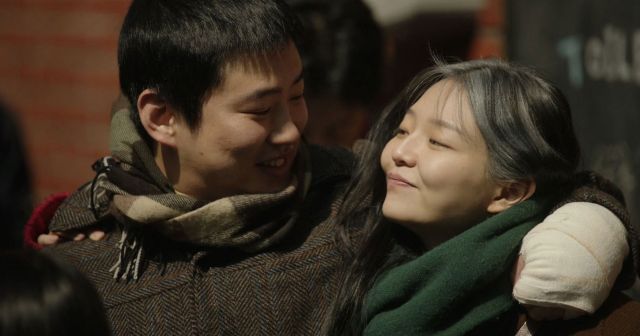 Once upon a time, Mi-so (played by Esom) had friends. There was no specific falling out that splintered their social circle. They all just moved on. But not Mi-so. She's happy cleaning apartments, scoring some smokes, sipping whiskey at a favorite bar and maybe playing an aggressive game of pattycake with her boyfriend Han-sol (played by Ahn Jae-hong). Sadly, an increase in living expenses has made this lifestyle increasingly untenable. So Mi-so seeks out her old friends, in hopes of finding a solution.

Instead, Mi-so finds increasingly sad answers to the question of what real world it was her friends were moving on to. "Microhabitat" is a bittersweet story about elusive success. Everyone is happy to see Mi-so again, as they remember their musician days with sincere nostalgia. But this nostalgia is defined in part by frustration in their current lives, which are in varying degrees of instability owing to varied family situations.

And there's the real critical difference between Mi-so and her old friends. Mi-so sees money as only a means to an end, and is willing to live as a driftless hobo provided those ends are achieved. So it's an unsettling process learning what happened to Moon-yeong (played by Kang Jin-ah), a woman who lives alone happily but was willing to go just a little too far for the luxury of a decent apartment.

Only Mi-so, with her lack of attachment, is able to live in peace, even as this effectively renders her a homeless person. Yet Mi-so easily earns her keep as a human being. Mi-so's mere physical presence is soothing mental therapy to her technically successful but socially isolated friends. Yet because Mi-so is not providing value in the easily quantified capitalist sense, she is technically a parasite.

This is the dark irony by which "Microhabitat" humors us. I reflexively interpreted Mi-so's actions in a negative light in the name of arcane capitalist value when by any more rational metric she is an indisputably good person. Mi-so even handles the vices of smoking and drinking in a dreamlike nirvana- all because she doesn't worry about the future. The prominent white highlight in Mi-so's hair implies that she is becoming old before her time. So what?

That really is the main fascinating aspect of Mi-so as a character. The woman is very sincerely indifferent to the stresses of life, yet cool aloofness has not robbed Mi-so of empathy. Indeed, Mi-so is such a steadying influence that even the string of bad fortune that arrives once her oddysey is at an end only serves to mark the futility of struggle. The human condition is one of inherent suffering. So don't let it get to you, and find happiness where you can.