[HanCinema's Film Review] "Mr. Cowper" and "The Best Director" and "Where Mermaids Go" 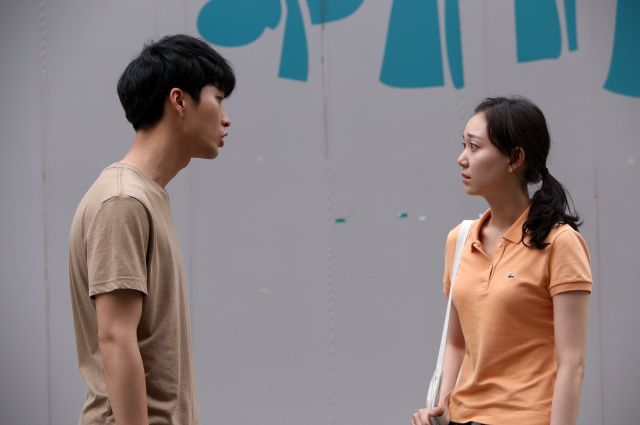 So apparently there was this doctor named William Cowper for whom several important parts of the human anatomy are named- principally the Cowper glands, and also Cowper's fluid, which is pre-ejaculate fluid. Why someone would want to name pre-ejaculate fluid after themselves is quite beyond me. Anyway, In-ae (played by Lee You-young) is convinced that she's pregnant. Her boyfriend Min-goo (played by Jang Won-hyung) is not taking the situation seriously, in part due to his childish personality, but also because Cowper's fluid tends to have a very low sperm count.

And that's pretty much all there is to "Mr. Cowper". It's about two people in their twenties with middling job situations who appear to be at chronically different wavelengths in their relationship. When one crisis resolves, another one predictably pops up, leaving In-ae screaming at the void and Min-goo ineffectually trying to find the best way to comfort her. While not bad, "Mr. Cowper" ultimately has little more than standard realism going for it. 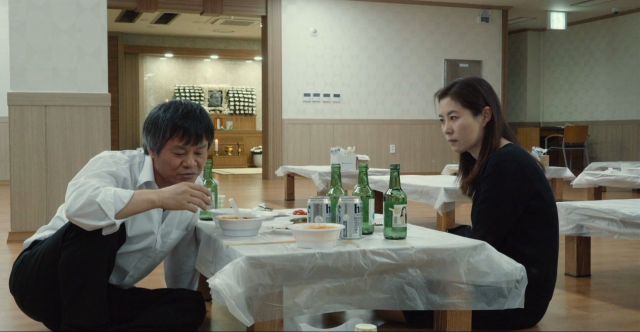 "The Great Director", though, has a fairly decent comedic edge to its proceedings. So-ri (played by Moon So-ri) is an actress attending the funeral of a director she made a film with a long time ago. So-ri is not much in the mood for nostalgia, though, and quickly gets into a icy verbal fight with Jeong-rak (played by Yoon Sang-hwa), a former co-star in that long past film. His time in the film industry has been about as ambiguous as So-ri's, and Jeong-rak further heightens the tension mainly by treating the funeral wake as if it were a free bar.

Focused as it is on this conversation, as well as the two turnabouts which change the dynamic of that conversation, "The Great Director" does a good job focusing on one of my favorite subjects- the decidedly unglamorous lives of the people who actually work in the film business. There's a real personal touch to the irony throughout "The Great Director", because it focuses on art through flaws. A person can love the camera and still be a bit of a jerk, after all. 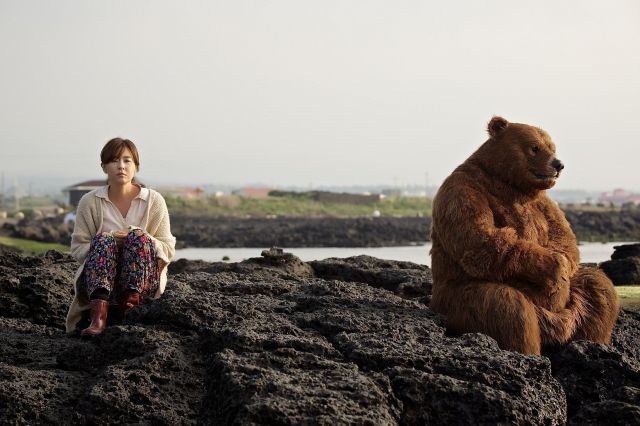 Last in the short film roundup this time around is "Where Mermaids Go", which deals with Yu-jin (played by Choi Kang-hee), a Jeju pharmacist who in short order receives some rather...unsettling news about her mother, who's an old woman diver. "Where Mermaids Go" is weird for the sake of being weird. Its big plot twist comes out of nowhere, and there's never any long-term resolution to the question of what to do with Yu-jin's mother.

To the contrary, almost all of the focus is on strange conversations which show that Yu-jin's mother is taking her change in life circumstances unusually well. And then there's the occasional musical sequence. As for the mermaids, well, in the Korean language "woman diver" and "mermaid" are the same word. It was unclear to me the extent this conflagration was supposed to be intentional. Although steeped as it is in fairy tale trappings without actually having a plot, I didn't really get "Where Mermaids Go" in general.

"[HanCinema's Film Review] "Mr. Cowper" and "The Best Director" and "Where Mermaids Go""
by HanCinema is licensed under a Creative Commons Attribution-Share Alike 3.0 Unported License.