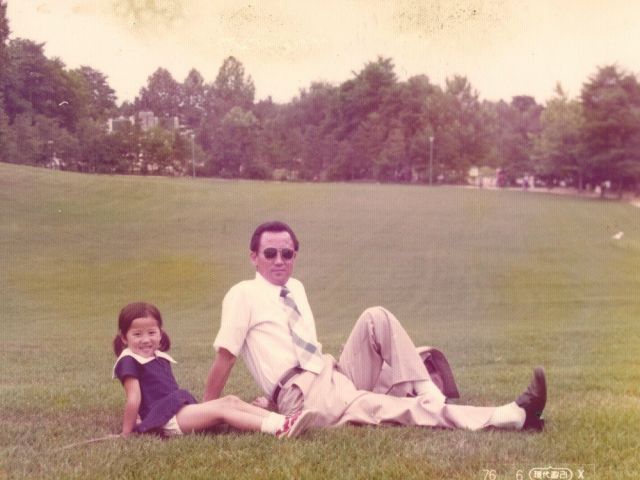 One day director Hong Jae-hee started receiving detailed e-mails from her father about his life. Hong Jae-hee didn't know what to think of this, nor did she particularly care. The relationship between the two was strained, much as it was with the mother, brother, and sister of the family. It was only after her father's death that Hong Jae-hee started to seriously wonder what kind of person her father was, where he had come from, why he was going on all these work trips, and why he seemed to have a grudge against his own family. "My Father's E-mails" details her discovery process.

It's little surprise, considering that he was born in 1934, that Hong Jae-hee's father was caught up in the Korean War. Well, not directly. He headed south in search of work in 1947, anticipating a return within a few years. Then history happened. He became stuck on the wrong side of the border. Yet opportunity arose in the form of the American military, where he worked for awhile gaining impressive credentials in the process.

Yet at home, Hong Jae-hee's father was miserable, and even abusive. The reasons are complex. Explaining and coming to terms with them is the main reason why Hong Jae-hee made "My Father's E-mails" in the first place. Was it his addiction to alcohol? The frequent property takeovers by the South Korean government, that would arbitrarily force him to start over from scratch? The isolation imposed by the Korean War, which meant he would never be able to see his family again?

None of these excuses are really all that convincing, alone or even in concert. Yet the more Hong Jae-hee tries to talk with her family about the man her father was, and starts seeing the edges from this misery along her own memories...well, there's no getting around it. She starts to feel pity. Superficially a cosmopolitan success story, Hong Jae-hee's father felt like no one cared about him. In his own home, Hong Jae-hee was an interloper. Yet adrift, in whatever context, he felt needed. He felt helpful. That's why he kept taking on those foreign jobs.

There were a lot of men like Hong Jae-hee's father, doing their best to try and make South Korea great. A generally optimistic portrayal of one such man features strongly in "Ode to My Father" and its version of history. But in the real world, some of these men had moments of doubt, wondering whether the South Korea they helped to create really was as wonderful as they liked to pretend. Such subconscious indictments likely hurt Hong Jae-hee's father deeper than anyone could have ever guessed.

"My Father's E-mails" is directed by Hong Jae-hee.