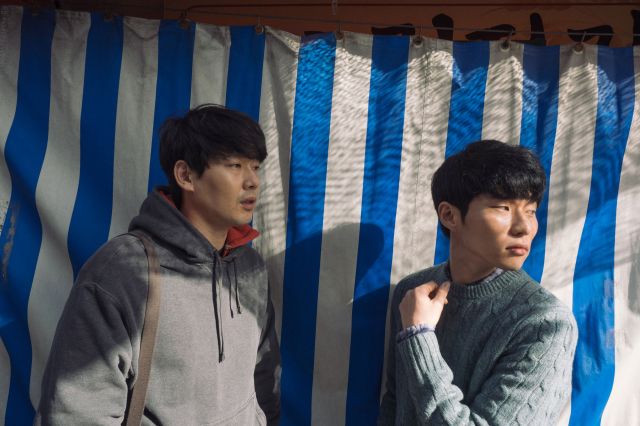 Winner of the Citizen Critics' Award at Busan International Film Festival in 2017, "Possible Faces" is a genuine art-house portrait that focuses on presenting the lives of its ordinary characters with as much realism as possible.

The story focuses on the lives of Gi-seon, who works at the administration department of a private school, and Hye-jin, who has just quit her job in order to renovate her mother's diner. The two of them have just separated after three years, but their past relationship and the breakup are never put to the fore, with the two of them hardly ever interacting with each other. Instead, we witness their parallel paths, with Gi-seon showing interest in a student who deals with football almost exclusively, and Hye-jin mostly roaming the streets and the restaurants by herself, having to deal with her mother's resistance to change, the difficulties the renovation provides, and finding the perfect sauce.

Dealing with the details of the lives of ordinary people has always been a focus of art-house and Lee Kang-hyun embraces this tactic utterly, portraying two lives whose "normality" is only shaken by the unexpected, and even that, does not occur frequently. His focus however, of portraying two people living aimless, lonely lives and trying with all their might (desperately even) to change the fact, is quite evident and well communicated. In that regard, Lee also makes a point of showing that women who go out alone have to deal with a prejudice that touches the borders of racism, through Hye-jin's lonely "excursions". Another point presented through Hye-jin's arc is the relationship between children and parents, which eventually becomes a clash between the will for change and subsequently, progress, and the will to keep everything the same, in the way the elderly have used to, despite the consequences. 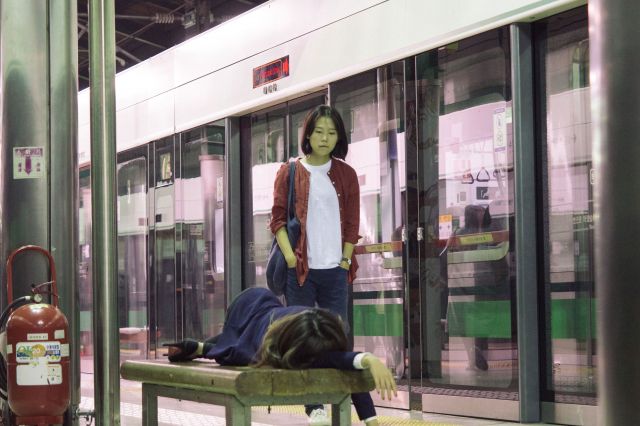 Bullying in the school environment, the role people who work in education should have, how the art world works, and the concept of mentorship and male friendship are the ones presented in Gi-seon's arc, although in a style so subtle, that barely actually touches them.

Writing on a diary, as a concept, provides some meaningful and also kind of sentimental moments in it, along with the few glimpses of the couple's separation.

Uhm Yoon-joo's editing implements the very slow rhythm of the film through an almost hypnotic pace, while Jo Yong-gyu's cinematography highlights the normalcy of the setting with realism, although the night shots of the area are quite pleasing to the eye, while the scene in the flower factory is impressive visually. 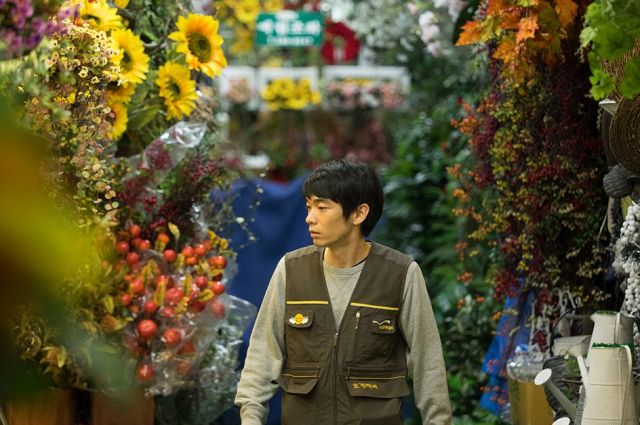 The acting, inevitably, follows the same, utterly realistic "rules" of the film. Park Jong-hwan as Gi-seon and Kim Sae-byuk as Hye-jin portray their characters in a fashion as measured as possible, without any kind of "outbursts" or highlights. The same applies to Yun Jong-seok as Jin-soo, although his feelings, mainly of being uncomfortable around Ji-sun in the beginning and quite comfortable later, are communicated more evidently

"Possible Faces" is very art-house, in all aspects, and in 131 minutes of duration, it definitely addresses only fans of the category.