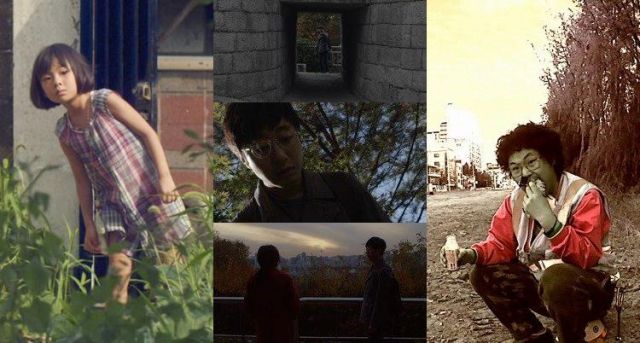 In "Sprout", seven-year-old Bo-ri (played by Kim Su-an) goes on an epic quest to go find vegetables. Bo-ri isn't exactly mentally equipped for this journey, being only a small child who is easily distracted. Even so, Bo-ri makes a strike for independence and journeys on a miniature road trip guided only by her feet. "Sprout" is no thriller- Bo-ri's neighborhood is just, well, a typical Korean neighborhood. Or is it?

Yes it is, notwithstanding the final twist. And that's where most of the beauty lies in "Sprout". It's the world as seen through a child's eyes- a child ambitious enough to want to run errands, smart enough to recognize danger, yet young enough to not really be good at much except acting all cute and heartwarming. Luckily enough, that's all Bo-ri really needs, because writer / director Yoon Ga-eun shows us that that's what magic really is at the movies- coming to appreciate that the world is fraught with obstacles, but that's OK, since success often takes unexpected forms.

In "The World of If" twenty-eight-year-old Man-il (played by Bae Yoo-ram) is on a walk with his girlfriend Joo-hee (played by Park Joo-hee). His quest is rather more pointless than Bo-ri's. In fact, Joo-hee seems to be genuinely constantly annoyed by the fact that Man-il is wandering around aimlessly with no apparent purpose, unable to have any kind of serious conversation with her and emphasizing little more than the idea that the world is full of possibilities.

For a seven-year-old this is all well enough. But a twenty-eight-year-old? In this way writer / director Lim Dae-hyeong emphasizes how what once might have seemed cute tends to wear out its welcome as times goes on, until there's little left to do except walk around in circles. For all the beauty in "Sprout", it's hard to avoid seeing the contrast in "The World of If"- how cuteness is a matter of perspective, and perspective changes.

In "I Am Joongsik" thirty-one-year-old Jung Joong-sik (played by writer / director Jung Joong-sik) appears to have fully embraced this idea, practically admitting that his pseudo-documentary is little more than an attempt to prove that his life to date hasn't been a complete waste of time. He states that one idea was just ripped off from YouTube to compensate for his other less creative ideas, and also he's kind of hoping that Sony will reward him for obvious product placement.

"I Am Joongsik" is a fundamentally goofy, silly product- which I think in many ways demonstrates the weird ways which our humor has to evolve as we age. Pretend to be a kid, everything is magical. Pretend to be kind of young, and maybe the impending break-up can somehow be averted. Admit that you're old and, well, life is just pathetic huh? I should note that, aside from being as-yet-unreleased Korean short films, "Sprout", "The World of I", and "I Am Joongsik" don't really that have much in common. They just represent an interesting cross-section of short independent Korean film-making right now, and are worth a watch if you somehow manage to chance upon them.

"[HanCinema's Film Review] "Sprout" and "The World of If" and "I am Joongsik""
by HanCinema is licensed under a Creative Commons Attribution-Share Alike 3.0 Unported License.