[HanCinema's Film Review] "Stay With Me" 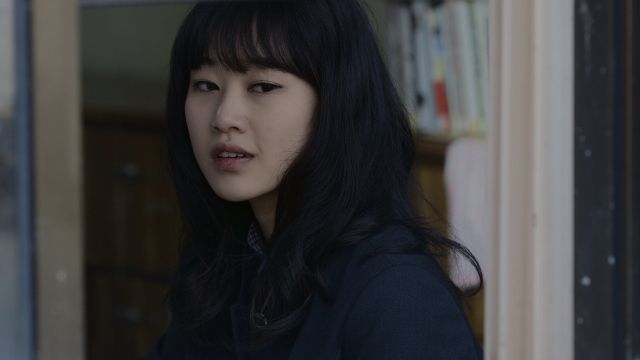 I-seop (played by Jang Yoo-sang) is a smart, well-behaved high school student who's a bit of a crybaby. So it comes as little surprise that he doesn't have any friends. That is, until he starts talking to Ha-yoon (played by Ha Yoon-kyung), a classmate who lacks prospects in life, so she mostly just lounges around a cramped apartment with a bunch of other street urchins as they ponder the latest money-making scam. Not that they're very good at that kind of thing. They're just idiot teenagers in the end.

"Stay With Me" is about I-seop's gradual disillusionment, realizing that tough friends are not what he needs in life to help him get over being a crybaby. Eventually I-seop gets to about the same place as Ha-yoon, realizing that life in general kind of sucks and even easy money is never as easy as it looks at first glance. "Stay With Me" takes place in a world where there are no gangsters, just wannabe gangsters, and the so-called winner is whoever wants to be a gangster the most.

The relationship between I-seop and Ha-yoon is frequently understated. While the obvious interpretation of I-seop's puppy-like behavior around Ha-yoon is that he likes her romantically, this is more an assumption than anything borne out by I-seop's behavior. Sure I-seop worries about Ha-yoon a little much- but that's because this is what friends do. I-seop also tries to make male friends from Ha-yoon's social circle it's just that they end up being kind of...crude.

While Ha-yoon's social life has the illusion of emotional closeness, in reality no one in Ha-yoon's social circle particularly knows or cares what's going on with her emotionally. While a late crisis does put Ha-yoon in physical danger, even then I-seop and Ha-yoon's low class friends fare equally poorly in the rescue. They keep thinking in terms of imaginary streetwise rules, failing to realize that gangs, by definition, only really work with large groups of people.

The climax is also haunting in that it gives us a vision of the kind of adult these characters are likely to grow up into- the same kind of ignorant, selfish person who's not as smart as he thinks he is. Sooner or later, if you goad enough people into attacking you, someone's going to take you up on it. The climax is sad less because bad things happen to characters we like and more because writer/director Rhee Jin-woo is making a statement that some people never grow up.

Strictly speaking it should be noted that "Stay With Me" never really actually goes anywhere in terms of narrative fiction. If you want an analysis of who the main characters are and why they make the decisions they do, that's never really forthcoming. They're largely just ciphers whose poor decisions can only really be explained by relation to our own similar life experiences. By the end they've come to understand that they've made some stupid decisions, and that's about it. So while generally interesting, "Stay With Me" is ultimately lacking much in depth.

"Stay With Me" is directed by Rhee Jin-woo and features Jang Yoo-sang, Ha Yoon-kyung, Lee Seo-joon and Choi Joon-ha.

"[HanCinema's Film Review] "Stay With Me""
by HanCinema is licensed under a Creative Commons Attribution-Share Alike 3.0 Unported License.