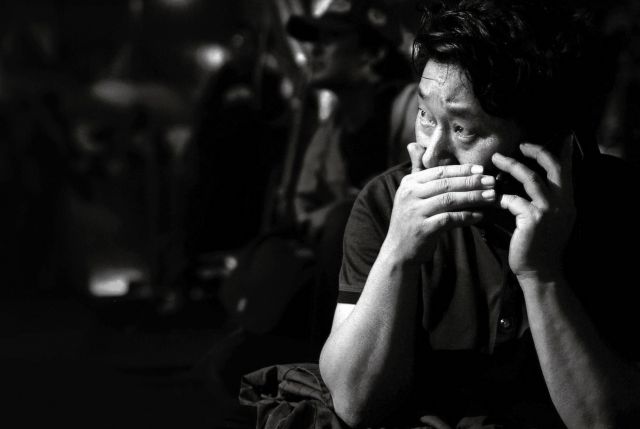 While famed nineties folk singer Kim Kwang-seok is indisputably famous enough to warrant a documentary just to provide an overview of his life and career, the focus in "Suicide Made" is much more streamlined. After some basic reminders of who Kim Kwang-seok is and why he's important, director Lee Sang-ho gets right into the salacious premise. The thesis is pretty simple. Kim Kwang-seok did not commit suicide, but rather, was most likely murdered by his wife.

That's quite an accusation to put forth, and director Lee Sang-ho makes no attempt to play the "just asking questions" card. It is made very clear early on that a reputable journalist can only put out a story they are one hundred percent sure of. Ninety nine percent isn't good enough. That kind of perfectionist approach takes time to fill out, and necessitates getting into lots of little details that were not so well known at the time.

On-site evidence is also strong. If Kim Kwang-seok's lack of remorse is suspicious, his widow's chronic expression of "failure" is outright ominous. While Kim Kwang-seok's wife made a devoted point of wearing mourning dress and wailing in front of cameras, she does not, so far as director Lee Sang-ho can find, make any kind of detailed discussion about the context in which Kim Kwang-seok died, offering a very simplified version of events.

Simplified - and highly suspicious. The rope that killed Kim Kwang-seok was really long. He didn't dangle. Even assuming Kim Kwang-seok was too inebriated to free himself, it's hard to imagine that he could have accidentally hurt himself so badly as to render emergency medical attention useless in such a short period of time. A professional medical examiner notes that the ligature marks on Kim Kwang-seok's neck are not varied enough for passive strangulation, although they are consistent with a single powerfully administered garroting.

Incidentally, Kim Kwang-seok's brother-in-law, a known professional criminal, was also present that night along with Kim Kwang-seok and his wife. It's easy to see how all this adds up. Even at the time Kim Kwang-seok's death was not ruled a suicide- the prosecutor simply stated there was not sufficient evidence of foul play at that time. But now? With all the evidence director Lee Sang-ho has put together?

Consider Kim Kwang-seok's blood relatives if no one else. These people, who actually knew Kim Kwang-seok's widow, assert that she was a dangerous psychopath and have the recordings to prove it. All in all "Suicide Made" presents a fairly compelling case. Even if you have no idea who Kim Kwang-seok is, "Suicide Made" is a thoroughly researched crime documentary that is well worth your time.

"Suicide Made" is directed by Lee Sang-ho