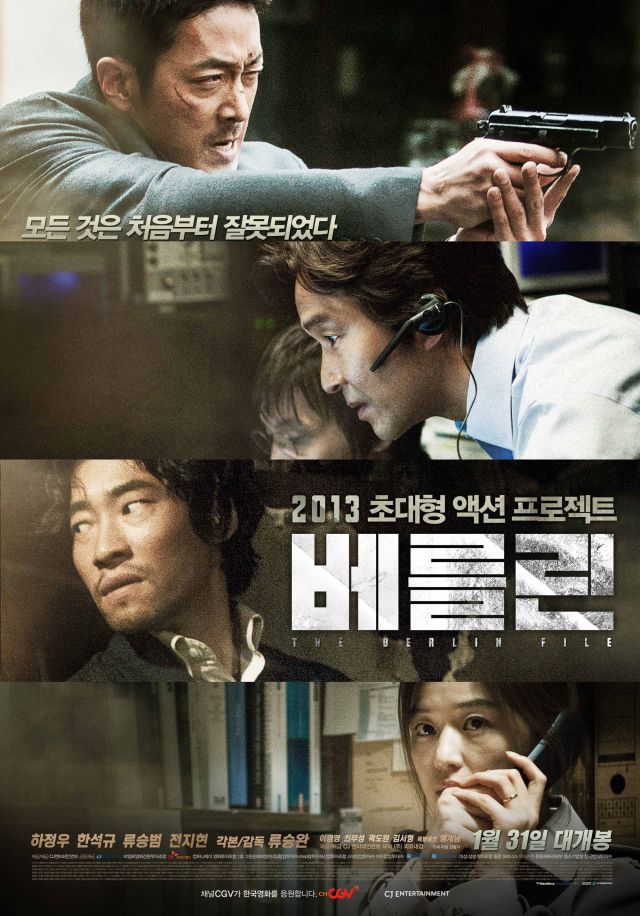 Jong-Seong (played by Ha Jung-woo) is a ghost agent working for the North Korean government. When an illegal multinational weapons deal goes bad, he has to do clean-up. And part of that post-mortem involves figuring out who tipped off a third party to what was going on. This being a North Korean operation, the investigation is less genuine curiousity about what happened and more about finding an explanation that can be easily and succintly described to higher-ups in the North Korean government as quickly as possible.

There are surprisingly few political statements in "The Berlin File". Indeed, the movie nearly goes out of its way to indicate the North Korean government in neutral terms, acting in the best interests of itself and its people. There is a very strong cultural statement at play. To some, attempting to smoke out enemies of the state through the use of torture is justifiable. "The Berlin File" demonstrates the fundamental flaw in this attitude. It's not even a matter of good and evil- it's the tendency of these kinds of assumptions to spiral out of control so that whatever ends up being accomplished is almost completely divorced from the original intent.

This being an action thriller, that's exactly the kind of set-up necessary to create a tense combination of mind games and action sequences. There's an excellent sense of scene logistics. I especially love an early scene where Jong-Seong gets stuck in a seemingly inescapable situation- only to promptly point out exactly why in real life an actual agent should never try to fight that way.

The plot is extremely complex- sometimes I would have trouble keeping track of all the different factions involved and who was motivated to do what. By the end, though, I'd figured out everything that was going on and for the most part understood what was at stake in any given physical confrontation. The opening scene is still fairly perplexing- but provided you understand that there are five nations involved and only two of them know what's going on beyond "illegal arms deal" it's pretty easy to get sucked into the mystery.

The cultural subtext is interesting- while the South Korean characters aren't necessarily good guys, the fact that they prioritize actual information over being able to write an easily understood report says a lot more about the current status of both countries than any discussion of communists. Ultimately, though, it's just subtext and not gone into with any great detail. "The Berlin File" is first and foremost an action thriller, and while it does this very well, it never really transcends this genre form.

"The Berlin File" is a very cinematic movie, and can be best appreciated in the theater setting. While it's interesting, I doubt it will have too much staying power beyond the two hours spent in the theater. Fans of the thriller genre will finds all the style and convoluted plotlines they could reasonably want in this kind of movie. For everyone else, it's just a well done movie. Worth a look if that's what you want to see, but not an extraordinary effort to get to if you're hoping for something profound.