[HanCinema's Film Review] "The Birth of a Family" 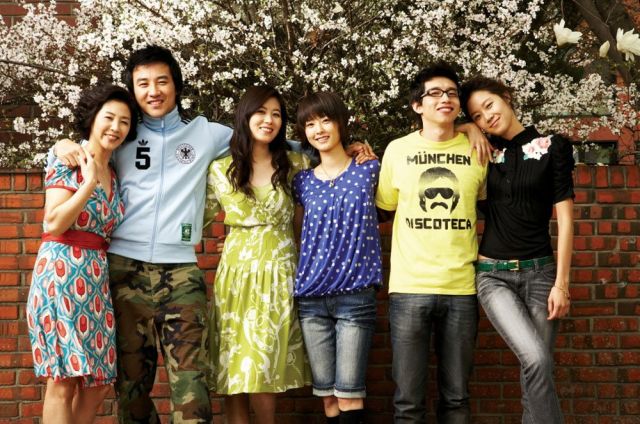 Technically it's probably most accurate to call "The Birth of a Family" an omnibus. The first two are non-connected stories which share only a general theme- that some people in the world are horribly impulsive and selfish, and it's the responsibility of their more level-headed family members to take charge for the mistakes of their more childish blood relatives. And this is true even if the entire part of the story right up until the end has been about said level-headed family members trying to avoid this eventuality and follow their dreams instead.

The worst of this is that at first, in both the initial stories, we do get the sense that maybe the level-headed family member is being unfair, and that the apparent irresponsible person really does want to make a genuine reconciliation. As much as I dislike spoilers, this much needs to be made clear from the beginning- they're right. There's no warm fuzzy feeling of reconciliation. One story ends dismally, with characters forced into a relationship they clearly don't want. The other ends with a woman's apparent lifelong aspirations being totally crushed. All of this because they decided to trust family members who didn't deserve it.

The moral, evidently, is that love conquers all and that being a surrogate mother for an unwanted child is a better life aspiration than whatever you were doing up until that point. All right, in the first place, that sentence gives the feminist in me a mild aneurysm. In the second place, even according to the film's own internal logic, the situation doesn't resolve as cleanly as director Kim Tae-yong would like us to think- the entire conflict of the third film appears to be a direct consequence of the insecurity issues the characters have developed from growing up in such non-ideal environments.

And yet there's no sense of irony or self-awareness about any of this in the film's presentation. "The Birth of a Family" is frustratingly sentimental. It expects the viewer to identify this story as being a basically happy one when we simply aren't looking at any particularly cheerful situations. Note the irony in a near final scene where, even after apparently validating and celebrating the nature of non-traditional family units, one character violently prevents the same kind of so-called happy accident from happening again.

The production qualities, for whatever it's worth, are excellent. There are quality performances here and good camerawork in the presentation of general backdrops. This all feels like a very legitimate presentation of genuine everyday life in Seoul, where people have jobs because everybody needs money to live. There's a very clear sense of home, and specifically of the home being violated.

The trouble is the violators are never punished or even made to feel guilty. One immensely aggravating scene features a character angrily confronting the person who should actually be responsible for dealing with a not-really-orphaned child, and it ends with the injured woman feeling guilty because how dare anyone be angry when true love is involved. It's like the movie's trying to do realism and a fairy tale at the same time, and as presented, the combination is just plain insulting.

Available on DVD from AsianDB

"[HanCinema's Film Review] "The Birth of a Family""
by HanCinema is licensed under a Creative Commons Attribution-Share Alike 3.0 Unported License.