[HanCinema's Film Review] The Halfhearted Sexual Revolution in "You Pet" 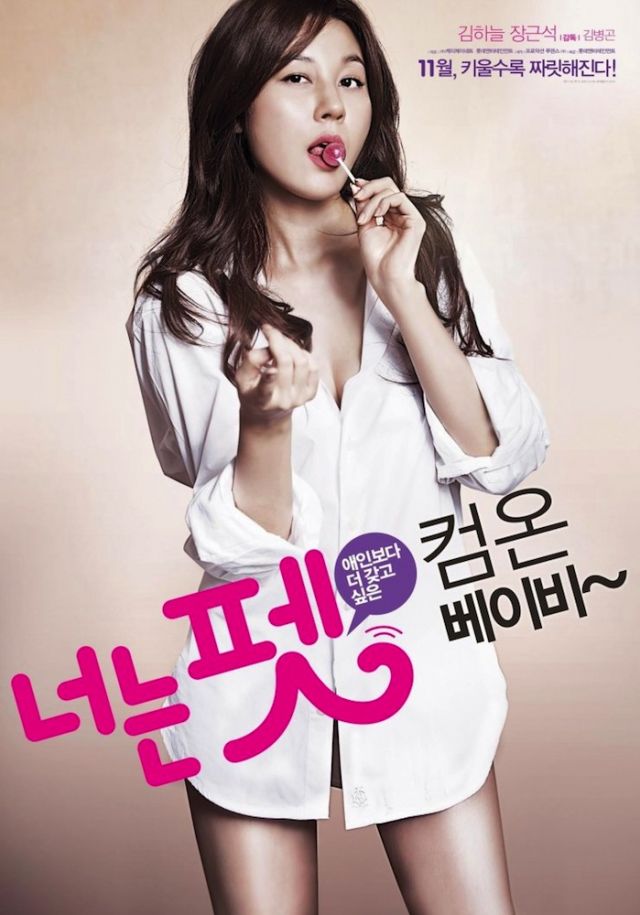 Also Try: "My Sassy Girl" and "Invasion of Alien Bikini"

The Korean 'sexy-comedy' has always perhaps slanted towards the humour and light-heartedness of the spectrum; with laughable anecdotes and silliness pulling rank, or at least ratings, over the more scandalous elements in the genre. In Kim Byeong-gon's "You Pet", the director has minimised any possible provocative aspects of Yayoi Ogawa's popular Japanese Manga, from which the film was based but also given a distinct 'Korean-ness'. Still, it's hard to deny the film's, perhaps not so subtle, sadomasochistic suggestions as it plays with sexual power in modern Korea.

Kim Ha-neul plays Ji Eun-I, a highly successful career woman who is very quickly introduced as having trouble with men and relationships. Enter Kang In-ho (played by Jang Keun-suk), a young man whose ballet career was halted when he managed to injury his female dance partner at the time. In-ho is a liberal and free-spirited individual who acts as the counter-balance to Eun-I's rigid and formal self. In-ho then finds himself in desperate need of a place to stay, as his own finical situation is anything but stable. Luckily, one of his friends devises a plan for him to live with his sister, who just so happens to be the man-eating Eun-I.

After sensing some hesitation and resistance from Eun-I about their new living arrangement. The two eventually agree that In-ho can stay; but not so much a housemate, but household pet who obeys Eun-I's every command and wish. Wickedly satisfied with this arrangement, In-ho accepts but progressively tries to insert his own naughty understandings of this subject-master relationship.

Here we can start to draw parallels between Eun-I and In-ho's relationship and Korea's own cultural and perspective on dating and sex. In this way "You Pet" subverts Korea's more conservative relationship practices, favouring instead a counter rationale and on the matter. Korea's traditional relationship beliefs seem to be embodied in the form of Ryu Tae-joon's character, Cha Woo-seong; a highly successful businessman who radiant's manliness and power. He is the past-love interest, the high-school crush, returned to fulfil all of Eun-I's 'requirements' for a marriage partner. Eun-I is attracted to him, but she finds herself putting on a show for him as she feels she can't act her natural self when she is in his company. Again the film comments on opposites as the director contrasts this feigned projection of values with Eun-I's domestic situation of dominance and power of her male counterpart; a position that she enjoys far more and claims is closer to her true self.

If Eun-I's past fancy were placed on one end of the 'manliness' scale; then, at least in this film, her artistic boy-toy In-ho would constitute the 'beautiful boy'. In-ho's 'boyish', and I am using that term at full-power here, looks, dialogue and mannerism's are so very quirky and 'puppy-like', that I wonder if Mr. Kim himself misread the manga's suggestive sexual theme, or if he was being watched. This dodgy duet of unconventional love and romance must share the blame with Eun-I's character; as she too struggles to find a workable middle-ground between being a sexy career woman, and the typical cute, playful and naïve Korean consort.

"You Pet" is a very enjoyable and digestible entry into Korea's sexy 'rom-com' genre, however the film never fully committed to its own themes and representations of sex, romance and the contemporary Korean couple. Its portrayal of modern Korean society and its stance on relationships and romance is always going to be problematic when considering that "You Pet" is an adaptation from a Japanese artist. And here is perhaps where the film missed the mark as its handling of counter-ideological views against a feminist backdrop was blanketed with giggles and grins as if the seriousness of the suggestions were in question. Unconvincing characters and a predictable sequence of events drowned Yayoi Ogawa popular tale; As Korea's own cultural conservatism and delicate sense of sexual deviancy nervously poked at the idea of being sexy, and then laughed about it instead.