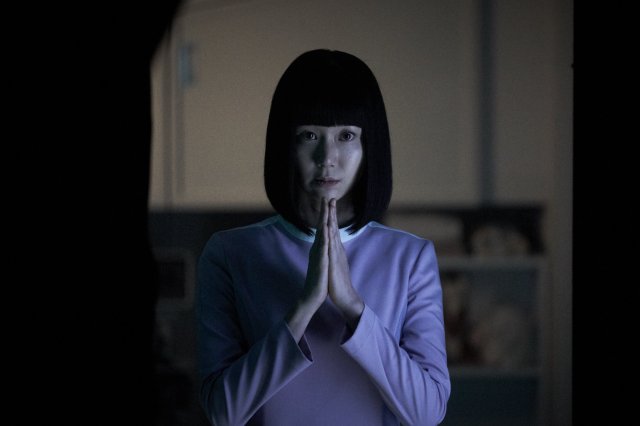 Feature-length version of the 2020-screened, SF8 series, "The Prayer" is a rather impressive sci-fi/dystopian movie, particularly due to the dilemmas it raises, and the intense, iconoclastic elements.

"The Prayer" is screening at New York Asian Film Festival

In the future, the caretaking of chronic patients has been assigned to nursing androids who resemble family members, which, however, have to be paid by the patients' families, despite their exuberant costs. The film focuses on two such cases. Yeon Jeong-in is a young woman who has been taking care of her comatose mother for ten years, along with the robot Kan Ho-joong, who has her face, but completely different appearance. During the period, she has neglected both her printing business and herself, to the point that she has become suicidal due to her despair. Choi Jeong-gil is taking care of her senile husband, who frequently has paranoid fits, with the help of another robot looking like her (again, the face, not the overall appearance), which, however, is an older model that does not work particularly well. Jeong-gil's finances have been depleted almost completely just to afford this lesser model, but her cries to the hospital android manager for maintenance have no particular impact. Eventually, both women succumb to despair, lingering between murder and suicide, with the robots being the ones that have to decide what will happen. Kan Ho-joong reaches out to a local nun for help, but the consequences end up being even more dire.

Min Gyoo-dong directs a film that thrives on context, since, in the 79 minutes of its duration, he manages to comment on a number of sociophilosophical comments, that eventually also include religion. One of the most obvious ones concerns the gap between the rich and the poor, with Min stating that even when technology that can be rather helpful becomes available to the public, this does not mean that everyone can afford it, which essentially deems it almost worthless for many, or even a problem on occasion, as Choi Jeong-gil's arc shows. In general, the caring of the elderly, which is already a rather significant issue globally, is one the main topics here, with the film highlighting the difficulty the task poses for the relatives in the most eloquent fashion, while also connecting it with the concept of euthanasia. 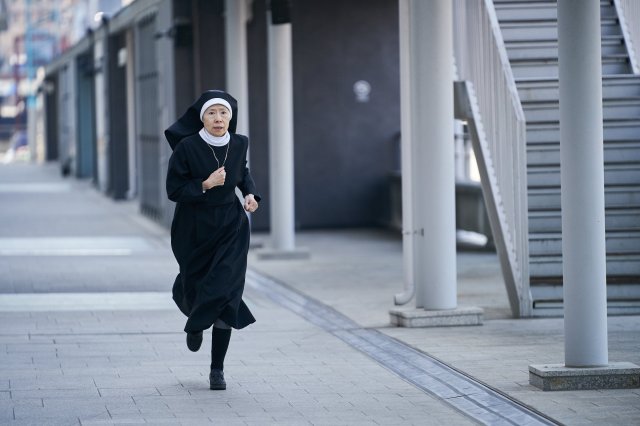 Probably the most interesting aspect however, is the way Min implements religion and Christianity in particular in the narrative, connecting it with the aforementioned comments. In that fashion, the movie paints it in the bleakest colors, as Min initially mocks its practitioners (the hymn-singing in the beginning) before it highlights it as something rather dangerous, through a series of twists concerning the android that are best left unrevealed. One thing should be said, though, about the finale, whose iconoclastic, audiovisual extravaganza provides the most impressive moment of the movie, with the cinematography, the coloring, the editing and the sound coming together for a truly magnificent scene.

Furthermore, the visual approach follows the recent trend of S. Korean sci-fi films that are anything but SFX heavy, with the cinematography focusing on a saturated, dystopian realism that also works well for the horror/thriller elements that are eventually introduced. The editing also helps the most in that regard, also adding to the overall atmosphere of mystery and the sense that something will go wrong at any given moment. 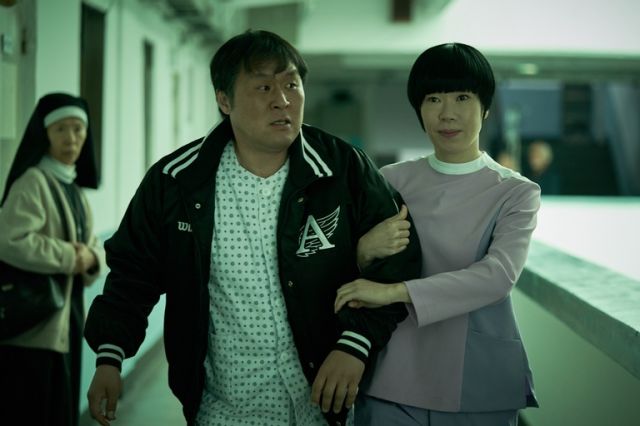 The casting adds a meta level to the narrative, since Lee Yoo-young and Yeom Hye-ran have double roles as Kan Ho-joong/Yeon Jeong-in and Choi Jeong-gil/her caretaker respectively, with both of them giving excellent, quite diverse performances, since they portray the humans filled with emotion and the androids completely void of. Ye Soo-jung as Sabina the nun also is good in a rather crucial role, while Yoon Kyung-ho as Choi Jeong-gil's senile husband is quite convincing.

"The Prayer" is an impressive movie, filled with context, artistry and an imposing atmosphere, while the ending will definitely stay on the mind of every viewer.