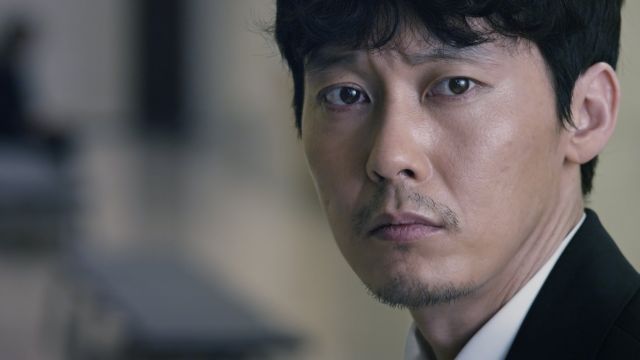 In the opening sequence of of "The Wicked Are Alive", we're treated to a character who appears to have met a terrible fate at the bottom of the mountain. The situation goes from bad to worse when another character shows up who decides that, rather than acting helpful, now would be a good time to exploit the situation for personal gain. Well, it's like the title says. "The Wicked Are Alive". Most of them do end up dying sooner or later but they have to be alive at least a little while for the gruesome violence to show up.

Director Kim Harry is all about one thing here- making the world seem like such a lousy place that the violence actually comes off as a slight improvement. You don't try to fight the wicked. Either you are wicked, or the wicked or going to beat you to a bloody pulp just out of sheer spite. Hilariously, one crucial bit of shocking comeuppance happens entirely because one character realizes that another character will predictably react to an everyday situation with, well, an overreaction.

At its core element "The Wicked Are Alive" is a thriller, and the production acquits itself nicely on this front. Even though none of the characters are especially likable or even all that memorable I constantly found myself morbidly curious as to what terrible thing was going to happen to which terrible character next. The way the violence is mostly grounded in reality really helps this- one character ends up limping for the rest of the movie because as it turns out, wounds don't heal all that quickly.

The characterization, while minimal, is also enough to keep the central mystery moving at a decent clip. We finally find out at the end what the exact context was for the opening scene. And the revelation is an appropriate one. Every other character in this movie was unlikable, so of course the one at the center of the drama that set all this madness up to begin with was also carrying a terrible secret that wasn't really terrible it was just, well, why?

Why, indeed. Pish posh to such menial questions as cause and effect. The kind of people who react to major minor slights with violent revenge simply aren't the kind of people that can be reasoned with. These are the kinds of people who speak the language of violence. They live by that sword and they die by it. So it comes as little surprise that the character who "wins" by outliving all the other principles doesn't exactly get much of a happy ending.

"The Wicked Are Alive" suffers perhaps a little from the fact that it's not terribly inventive. This is a movie about violence for the sake of violence, but the production is strong enough and story just intriguing enough that "The Wicked Are Alive" is a spectacle film I can completely get behind. Perhaps it's not the most uplifting story, nor one that provokes a whole lot of cheers, but so what. The sheer pointlessness of the violence is what makes it entertaining, which is also what made me feel kind of ashamed for liking the movie in the first place. Mission accomplished.

"The Wicked Are Alive" is directed by Kim Harry and features Park Byung-eun, Kim Hong-pa, Kim Bup-rae and Han Soo-yeon.

"[HanCinema's Film Review] "The Wicked Are Alive""
by HanCinema is licensed under a Creative Commons Attribution-Share Alike 3.0 Unported License.