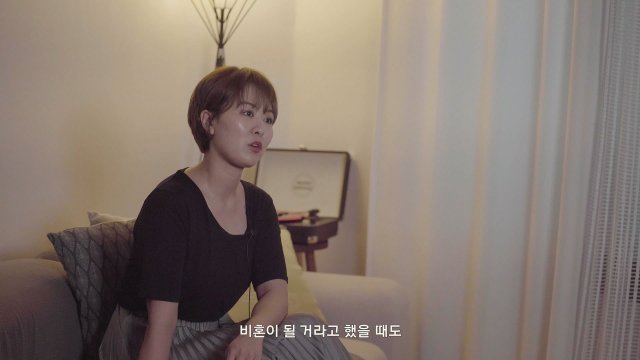 Of possibly greater interest than "The Wind From Nowhere" itself is the documentary's availability. In general South Korean streaming services are not user-friendly for foreigners either in or out of the country. But Purplay holds the distinction of not requiring a South Korean Internet connection, ID Card, phone number, or payment method. Provided you can read the Korean language menus, registering as a foreigner isn't too difficult and you can recharge the account via PayPal.

Although the selection on Purplay is a bit eclectic to say the least. They're all short films with a feminist bent or similar. In terms of movies that are even covered here on HanCinema, the only other two listed here at all are "Sprout" and "Escape the Corset" so for the most part these are more obscure titles. The content's all in Korean, although there's a healthy helping of Korean subtitles to accompany the audio. Film festival collaborations might or might not have English subtitles. None are currently active.

Then there's "The Wind From Nowhere" which at just forty minutes long, is a fairly light project. Which is appropriate, given that it focuses on women I can only really describe as Korean herbivores. The women of "The Wind From Nowhere" are indifferent to the idea of getting married. They're not exactly hostile to it either, they just don't much see the point. They have better things to do in life than take care of a husband or kids, and enjoy living alone.

Given that one of the interviewees runs a podcast called All The Single Ladies, which is exclusively devoted to unmarried life, one might think these ladies doth protest too much. But really, they're protesting the exact correct amount. "The Wind From Nowhere" notes how marriage culture is omnipresent. One of the more casual ways are advertisements for marriage agency services. One of the more bewildering ones is how one interviewees tells an anecdote about her mother thought poorly of her getting a tattoo, because what would her future mother-in-law at her daughter-in-law's open casket funeral?

No one interviewed in "The Wind From Nowhere" seems particularly mad about Korean marriage culture. For the most part they don't even describe it as a uniquely Korean idea. And despite their obvious feminist political alignments, they don't even seem to have many demands. The interviewees just enjoy talking about their lives, and how much they enjoy being able to focus on their own work without the unwanted distraction of men and children.

The thesis, while interesting, isn't exactly something you can build a large scale project around. The production values likewise are not great, with cheesy piano music and exterior shots having to suffice for almost all of the ambience. "The Wind From Nowhere" only just barely qualifies as a movie at all, although it's nevertheless a useful window into South Korea's collapsing birthrate. The women depicted just say, give birth? Why should I? And their lifestyle is mainly a consequence of no one being able to give them a satisfying answer.