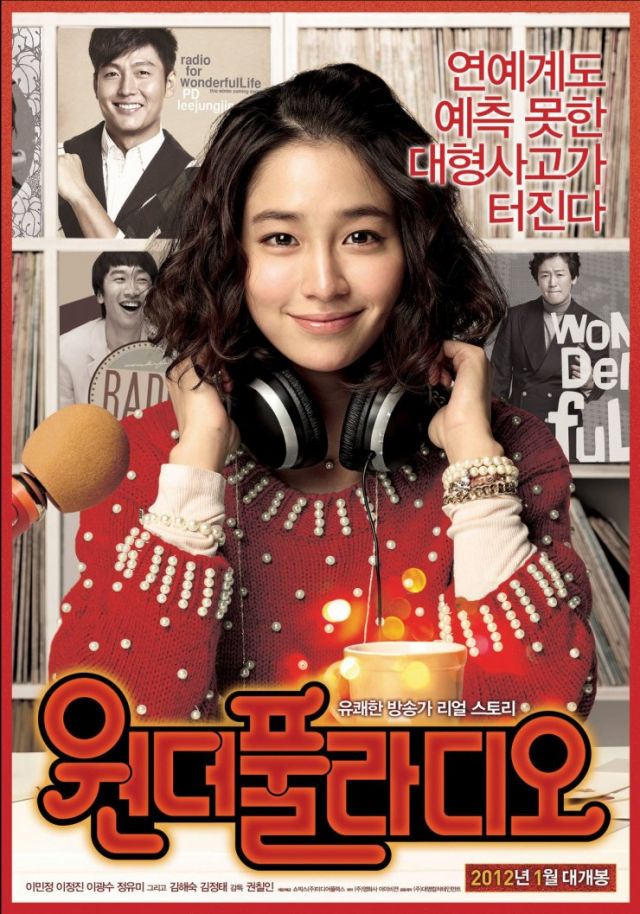 There is hardly a short supply of Korean romantic comedies out there. With each new wave of new Korean film being released there always seems to be one or two that are slipped into the mix. Earlier this year, Kwon Chil-in threw his "Wonderful Radio" into the batched and the result was a lukewarm reception from viewers that had many questioning the film's originality, casting and the performances of the actors involved. This is not to say the film failed to entertain or pull moderately decent numbers at the box office, but rather it struggled to position itself as a standout film within Korea's already saturated rom-com category.

To call "Wonderful Radio" a comedy is a somewhat inaccurate label to begin with and this probably contributed to the film's inability to stand out in its genre. Of course there were flecks of humour and incidents/characters that were made to provoke laughter and a smile, but for the most part "Wonderful Radio" is a lacklustre drama with one part cliché Korean relationship, one part painful personal journey of self-worth/discovery.

Lee Min-jung plays Sin Jin-ah, a radio host who was once part of "Purple", one of the first generation of girl K-pop groups. With her singing career seemingly behind her, Jin-ah has become bitter and resentful at the state of the current music scene and all those who inhabit it. Her listenership has suffered as a result and the studio is feeling the pressure to intervene before she sinks the entire show. Enter Lee Jae-hyuk (played by Lee Jung-jin), a talented young radio producer who has the unenviable task of whipping Jin-ah and her team into shape. At first, Jin-ah and Jae-hyeok's relationship is a tug-of-war for power and respect, with neither willing to submit to the others vision of the show's future. However, the two successfully create a new segment on the show that revives it and the two slowly become a little bit closer as a result. Trouble arises, however, when their success doesn't fit in to some of higher ups own plans for the show.

The plot is a solid enough if not entirely original. There are all the motifs one would expect to see in a drama of this sort. The most prevalent is the K-pop phenomenon that acts as the films main linchpin and pull factor for a lot of fans. That's all well and good, but without something new and fresh to make this stand above all the other K-pop influenced films out there, the film felt stale and formulaic. "Wonderful Radio" also seemed to struggle with characterisations, especially with its two main stars Lee Min-jung and Lee Jung-jin. It was hard to feel anything but annoyance for the pouty and pushy Jin-ah as she wallowed in self-pity as well as arrogantly strutted around the station. Luckily, Lee Min-jung's character did gain a stronger sense of herself as the film progressed, but even then it was just not enough to save her character from viewer apathy. Similarly, Lee Jung-jin's character felt almost out-of-place as a radio producer. It's hard to put my finger on it but his presence had a fish-out-of-water feel. His interactions with various characters and roles were adequately handled, but placing him in the bigger picture of his role as a producer just seemed a little unbelievable.

"Wonderful Radio" didn't do anything catastrophically wrong, but it also didn't make any efforts to shine either. If there was ever a 'play it safe' Korean drama, "Wonderful Radio" would get my vote. The film makes use of a number of sure-sell tactics that rides the wave more than it tried to actually create them.