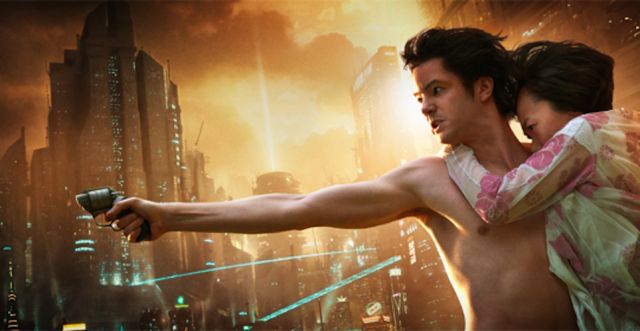 "Cloud Atlas" received a 10-minute standing ovation at its premiere at the 2012 Toronto International Film Festival, but unfortunately also only managed to gross $10,000,000 during its opening weekend in the U.S. However, sharper analysts are cautioning calling this one a flop too soon, as the results from foreign markets are not yet in. Transnational funding (around a majestic $100,000,000 in fact) has ensured that the film's success is spread over (and given the appropriate level of attention in) international markets. It opened in Russian with 1500 screens (remember that Korea's highest grossing film "The Thieves" opened with 1,073 and went on to claim almost 13 million admissions) and will be released in China close to their New Year.

Korea, particularly Seoul, should feel quite invested in the film for a number of reasons. "Cloud Atlas" marks the international debut of the popular Korean actress Bae Doona (who recently starred in "As One" - 2012), and her storyline in "Neo-Seoul" was especially fantastical, as much of the film's budget must have been burned in creating the gorgeous futuristic cityscape of the Korean capital. Indeed "Cloud Atlas" certainly does have the potential for success in Korea, but it is not a sealed deal. Although the film paints a flattering portrait of Korea's iconic mother city, and has a A-list Korean actress on the payroll, criticisms have emerged that threaten the quality of love Koreans may have for the film, and perhaps even the actress herself.

"Cloud Atlas" has a masterfully befuddling narrative that jumps between six distinct time periods. It starts with a treacherous South Pacific voyage in 1849 and eventually lands on a post-apocalyptic Hawaii in 2321 (described in the film as being 106 winters after "The Fall"). The one sixth of the film I wish to discuss here is the second last time period in 2144 in "Neo-Seoul". The filmmakers' futuristic imagining of the 'land of the morning calm' is a fascinating one and, in keeping with the film's reductionist approach and internal reasoning, has had to bear the brunt of the film's biggest criticisms- 'yellowfacing' and, continuing along that line of thought, the obviously absent Asian male action hero. 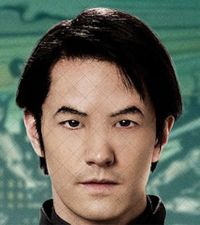 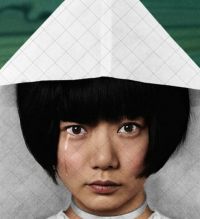 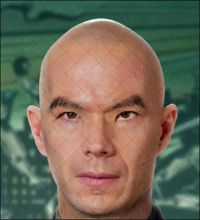 The "Yellowfaces" of Cloud Atlas

"Yellowfacing" describes the process of making a non-Asian actor/actress better fit some form of understood 'Asian aesthetic'. It's achieved by utilising either digital special effects or make-up (e.g. eye prosthetics) to craft Asian facial features (and apparently in "Cloud Atlas" not skin tone) onto the actor/actress. "Cloud Atlas" demands a certain willingness to surrender one's self to its dreamy bigger picture; one that bends (rather than breaks) accepted moral codes of race representation in service of its own philosophical destination as a film. "Cloud Atlas" has chosen an unequivocal meta-narrative/message that enslaves its cinematic renditions of 'reality' in service of its message. In response to this criticism Andy Wachowski comments by saying: "The intention is to talk about things that are beyond race. The character of this film is humanity". 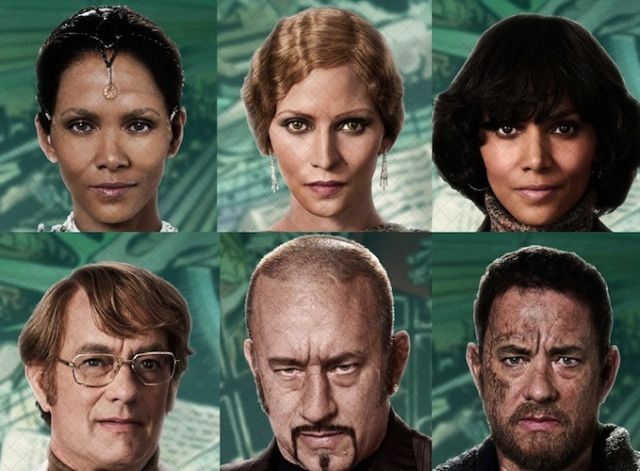 However, it still seems at least necessary to address/dicuss the more sacrificial characterisations, especially when a film presents them as such ineluctable fodder for conversation and scorn. This is perhaps film's fatal flaw, as it needed to somehow dilute and strengthen the potency of its thematic anchor of human identity and being. It is the talking point of the film, because it should be; but many aren't happy with the reason and way it came to be discussed. 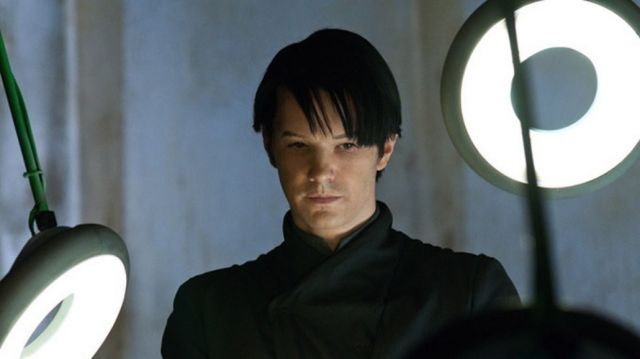 Making non-Asian actors appear (perhaps rather clumsily) 'Asian' is not the film's only apparent crime. Throughout the film its A-list international cast had to undergo a number of different characterisations as they re-appeared as shadows of the their great spiritual selves through each of the six different time periods. Tom Hanks, for example, goes from a sinister doctor on a Pacific voyage, to the last surviving tribesman on one of the Hawaiian Islands. So you end up with actors who differ between time periods ethnically, culturally, and, to great comical delight, even across genders. It is important to note this before delving into any possible criticism of the film's handling of such issues; and in so doing perhaps we can move the discussion towards how the film handled issues such as 'yellowfacing' ethically, rather than questioning its inclusion all together. If, however, you aren't able to make that leap (and perhaps are already furious at the idea), then you might be thinking that this was perfect time to include a real male Asian action star in a Hollywood feature. I think if you end up going too far down this road though, you'll end up missing the point of the film almost entirely.

In addition to the visual representations of Neo-Soul's inhabitants, the film prides itself on the actual city itself. In 2144, the sea levels threatened the lower levels of this futuristic utopia, as global warming has comes and is being countered with technological innovation (I have also been informed that the book goes to far as to mention that other civilisations failed to survive and are now only diseased, radioactive, expanding deadlands that are barely inhabitable). It's a visual marvel as the sleek cityscape wallows in a pastiche of all imagine future worlds before it. It stands as very probable point of pride and appreciation for Korean audiences, as it is their city that mirrors the eye candy onscreen.

Neo-Seoul is a futuristic fantasy that seems to function and flow like any well-fuelled system should. Beams of light stream between skyscrapers as vehicles are propelled along them, and efficiency and simplicity seem to be its architect's personal mantra. Gorgeous and functional, Neo-Seoul really does looks the business as the visual effects beautifully render this pre-apocalyptic dreamscape. However the price for this perceived tranquillity is darker mechanics keeping the cogs turning (for example the 'human' rights abuses experienced by the clones and generally the decay of morality embodied by the city's totalitarian law enforcement). This and other disturbing, and at times highly ironic, scaffolding can be argued to speak to the film's own reductionist concerns; while others might call it stereotyping, or worse. 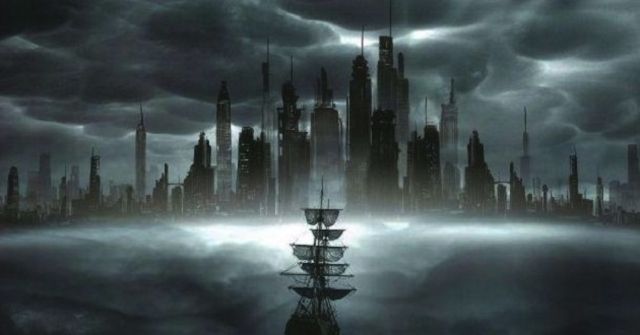 It seems slightly problematic, almost unfair, to isolate Neo-Seoul in these terms and challenge its narrative and the cinematic liberties it took. However, are there any additional elements within Neo-Seoul that might warrant further criticism? With the film marking Bae Donna's break into Hollywood, there will be a lot of eyes on her performance as well as role. Her character was involved in a number of the film's different time periods, but not quite as many as some of the leads. She plays a white wife, a mother, a Hispanic women, but was most memorable as her role as the bio-engineered waitress/martyr "Sonmi – 451".

Sonmi, like all the other clones like her, works exclusively as a waitress at the fast-food chain "Papa Song". Her character was commented on in the film as being physically close to perfection, but she does looks, since she is in fact a clone, like all the other waitresses. However despite her unfavourable disposition as a product of consumerism and technological advancement, she appears somewhat special, different from the countless others that share her face. Eventually (*slight spoiler*) she is shown the fabled 'light' by her 'Asianised' hero and becomes a martyr for change and is even remembered as a goddess of sorts in the last time period of the film. As you can see Bae Doona's main role does come off as a little more than ironic and you really don't have to dig too deep to construct a rudimentary argument against the film's issues of image.

The representation of Korea can be considered through the film's intentional simplifications and reduction of the country's current cultural and socio-political climate and social issues. Topic such as Korea's consumerism (image conscious, surgery and beauty) the influence of the West (fast-food, capitalism, and individuality), technological advancement (e.g. human cloning, green energies, and the future of the automobile), and political positioning between freedom, sex slavery, and even suicide are just a few that quickly come to mind. All are truncated and superficial trimmed to form a potentially flammable version of Korea's cinematic reflection to the world.

It was actually rather impressive to condense so many characteristics (and not just in the Neo-Seoul arc) into a sixth of a, cautiously protracted, film. Symbolic condensation and dense represents seem to be aligned with the film's final destination, but it still wasn't able to remove the bad taste the film force feeds you. After all they did manage to get Bae Doona to play an abused clone preaching about the dangers of 'pure blood' assumptions and freedom-all the while dressed in a provocative mini-skirt and sporting neatly cropped bangs.

"Cloud Atlas" is scheduled to be released in Korea in January 2013-a mere 131 years till we can shoot authority figures with short stubby laser pistols from laser bridges! 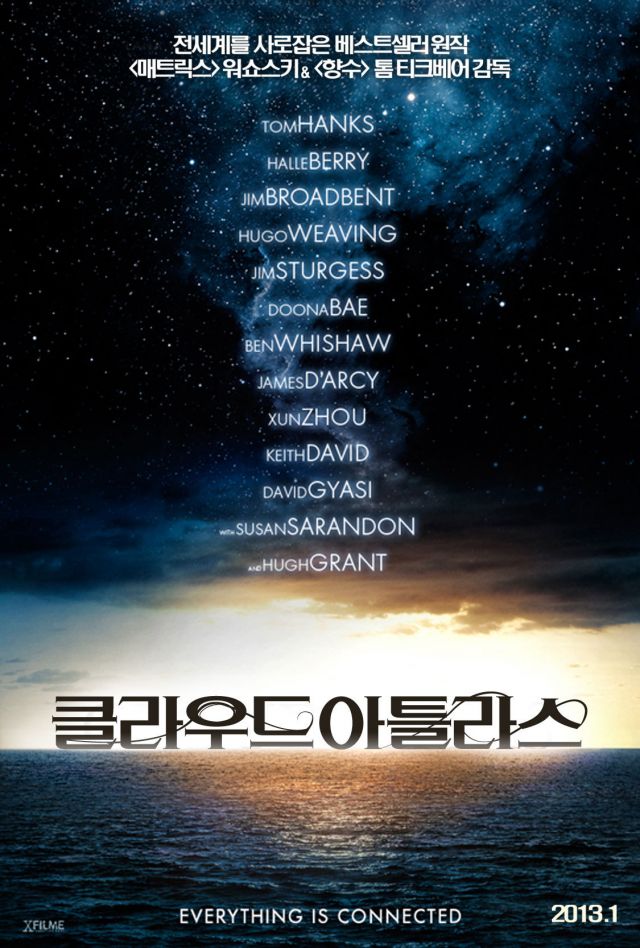