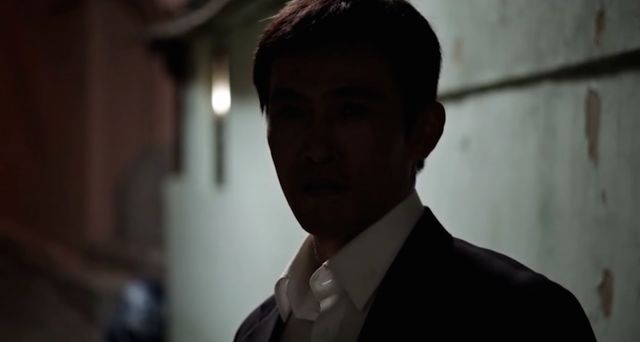 In the Spotlight this Week: Kwak Gyeong-taek's "Friends 2"...

As the credits rolled on Kwak Gyeong-taek's "Friends 2" I was, perhaps unjustifiably, reminded of a quote by Orson Welles, that "if you want a happy ending, that depends, of course, on where you stop your story". Now while Kwak's 2001 blockbuster "Friend" can't be accused of having ended 'happily', the film itself was indeed a great story well told; one that immediately elevated itself into the history books as a modern Korean classic. But it was its story that ended happily, in record-breaking royalties, and proclaimed Kwak as an attuned talent with a flair for character-driven drama and tragedy-but a film that perhaps should've been allowed to rest in piece, not pieces.

"Friends 2" (aka "Friend: The Great Legacy") came out late last year and dethroned the mighty "Thor" at the box office. It entered proudly and promisingly in first, a position it then held for another before being beaten back by the likes of "11 AM", "Marriage Blue", "Tumbleweed", and "The Hunger Games: Catching Fire". "Friend" claimed over 8M admissions back in 2001, but "Friends 2" managed just 3M during its five-week run in the top ten. Sequels rarely outperform the parent pictures form which they're spawned, and 2.9M admissions is nothing to squawk at, but, again, I found Kwak's return to the bloody aftermath of the original fratricide more needy nostalgia than necessity.

Unwilling to let the brotherly gangsters rest in peace, Kwak has instead let them decay for over a decade, bar a dramatic attempt at serialising these ghosts in "Friend, Our Story" (2009), and after a string of less-than-spectacular efforts decided to indulge in a commercial trip down memory lane. The film plays like a fragmented love letter written to a lost lover in a moment of inebriated weakness; a dreamy lapse into an extended reality derived from past pleasures and pains. Whatever loose threads Kwak maybe thought needed singeing from the original he deals with here, but they were thin fibres that were happily at home in the original, and the film thusly felt forced and fiendishly fatalistic.

Of course fans of the original, like myself, will most likely enjoy the course Kwak wades though, and that love may have been enough to get me and almost 3 million other viewers in the cinema, but when the show faded to black it was Welles' noirish words that pierced my mind rather sharply. But perhaps it was the manner in which it was presented, its over-reliance on the original sin's bloody seduction that numbed me. That sounds reasonable enough, but the corner that kind of thinking pushes me into then requires a counter Kwak's elected course with a more pleasing alternative-a futile exercise that would lend credence to a creation I'd rather not see leave the lab.

Kwak's resurrection of his magnum opus is stern and sterile, a mosaic of memory that's devoid of much of the passion and drive "Friend" drove home. These rebooted Busan bandits walk and talk like they should, but appear numbing derelict and icy to the eye. Its lead characters (played by Yoo Oh-sung, Joo Jin-mo, and Kim Woo-bin) are depressing stoic, and if cinema is indeed an empathy machine, then this character-driven séance was missing a ghost or three. Violent gangbangs and the odd tear flowing from a stony duct seem invite passion, but lacked conviction and relied too much on abstracted and inter-textual recollections from first's fellowship. Not surprisingly then, "Friends 2" is not one a sequel for the uninitiated; it's an exclusive and exhausting outing that holds a harsh torch up to a past relic, and only just manages to avoid burning Kwak's true treasure.