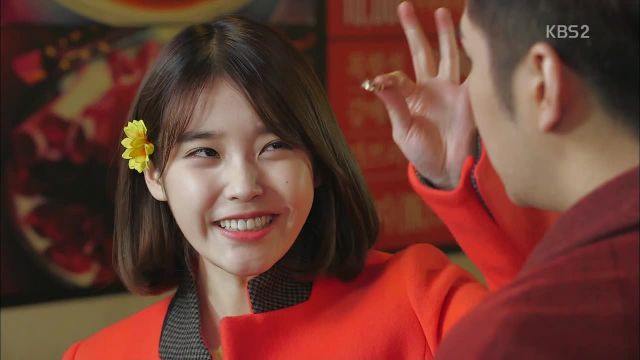 The idol actor is a special breed of actor that receives a lot of attention because the transition from idol to actor is often difficult and rather ugly. This piece is going to focus on an idol who has successfully expanded her perfomance palette to include acting, Lee Ji-eun, more famously known as IU. What makes her notable is that she has grown immensely since her singing debut, and done the same with her acting.

IU debuted as a solo singer in 2008 at the age of 15. What made her popular was her youth, her pure voice, and the fact that she was adorable. Six years later, she is still young (21), still adorable, but she has worlds of professional experience under her belt. As a rookie, her music videos were stiff and awkward save for when she was "aegyo" or "cute". If she had turned to acting this early on, the transition would not have been smooth. But she didn't. She continued to develop, perform in music videos, sing on music programs, and appear on variety shows. As her popularity grew, she branched out into hosting, which seemed to suit her open personalitty. Her acting in her music videos became more natural, proving that it was her inexperience that inhibited her, not a lack of talent or work ethic.

Three years of constant exposure to performance and audiences really prepared her for the acting debut that put her on the map as an upcoming actress: 2011's "Dream High". In it she played Kim Pil-sook, a talented singer who was too heavy to be taken seriously by the industry. While IU exhibited awkwardness at the beginning of the drama, she became more comfortable in front of a television camera as "Dream High" progressed. The scenes that required serious acting were a turning point for her. About midway through the drama Pil-sook tells the boy she had a crush on that he needs to get his act together. It requires a depth of emotion that proves IU has what it takes to act. It was a moment that could've been easily overacted, but was quietly, skillfully executed by 18-year-old IU.

The music videos that dropped after "Dream High" showed the impact of IU's experience on television. Her movements are no longer robotic and her facial expressions aren't stiff. They embody the spirit of the lyrics she sings. Her appearances on various programs also seem more relaxed. "Dream High" molded her into a more refined entertainer. Her television cameos became something to look forward to because she had proven herself a reliable, effective actress.

In 2013, 20-year-old IU was cast as a main lead in "Lee Soon-sin is the Best" alongside the talented Cho Jung-seok. It was this family drama that really allowed IU to grow as an actress. She spent half a year filming, studying, acting and working alongside seasoned actors who brought out the best in her. She was a little stiff in the first few episodes, but she has the ability to react to the energy given off by the actors she is working with. By the time the drama was in full swing, IU had established a very strong sense of Soon-shin and it was easy to stop thinking of her as a singer turned actress - she became Lee Soon-shin.

After "Lee Soon-sin is the Best", her performance in her music videos and on other programs took on a maturity that belied her youth. Unsurprisingly she was cast as the lead in another drama, "Pretty Boy", as Kim Bo-tong. While the drama itself was questionable in quality, IU's performance was charming. Her character was a rather dim, but perserverent, young woman in love with an extremely handsome man. It is a testament to IU's growth in acting that she remained winsome for the entirely of the drama despite the strange paths the drama took.

What makes IU so popular is a combination of her charming personality, her talent, and her hard work. Her growth in her career has been easy and enjoyable to follow. Acting is something she has been able to transition into because of talent and hard work. She is an actress to keep one's eye on because she has a long career ahead of her.