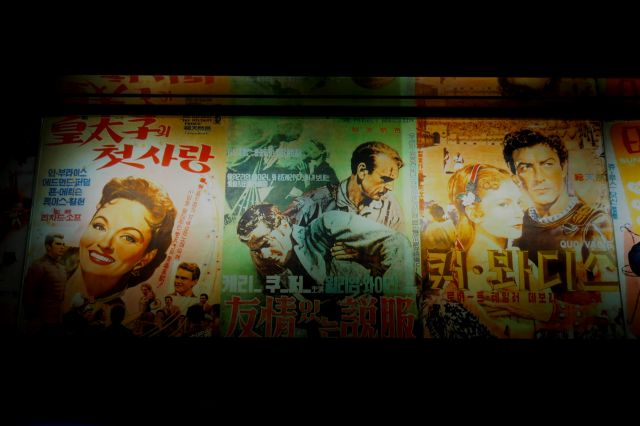 Old film posters make fairly frequent appearances at South Korean movie theaters, especially the independent ones. Granted, the Megabox in Jecheon is not strictly speaking an independent movie theater, but it used to be, and why bother taking down such neat decorations located so inconveniently close to the ceiling? These are all American movie posters, of course, but it's striking how much they resemble their South Korean counterparts, right down to the Chinese characters. 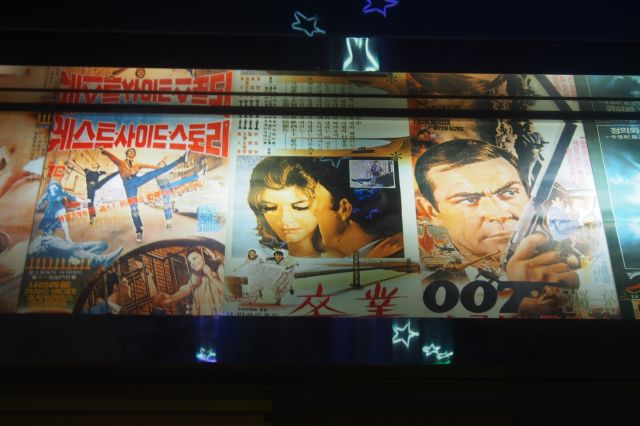 Bear in mind that in this case the influence most likely flows from the opposite direction. Originally it was the Americans who made cool film posters and the Koreans were just imitating them. But by the time I was a kid they all looked like garbage. Bah...I mean look at these. Note how it's pretty easy to guess what the movies are even if you can't read Korean. Or Chinese. Which is probably why Chinese is used in these posters in the first place. It looks cool. 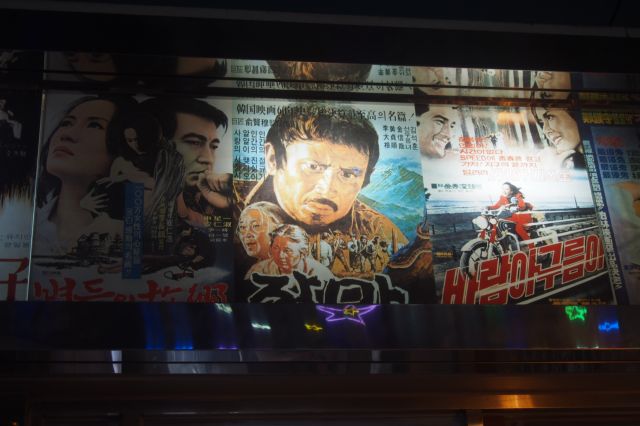 Here's a sampling of the Korean counterparts, just for the sake of comparison. Apologies for the lighting- cool as these decorations are, they are nonetheless mostly nestled near the ceiling. 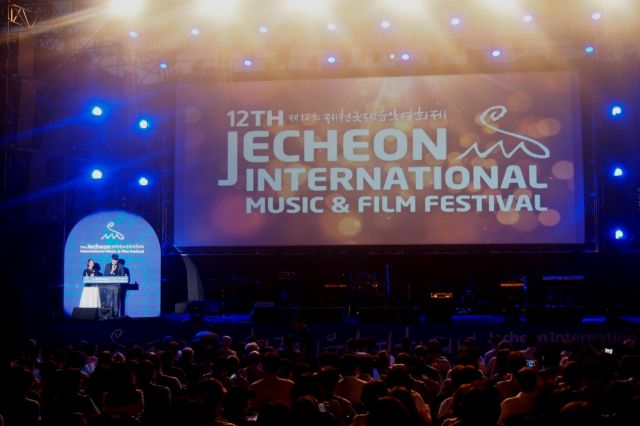 ...Of course, I didn't come to Jecheon to obsess over the interior design of rural movie theaters, even if that is one of my stranger hobbies. No, the Jecheon International Music and Film Festival was in town! And the Jecheon Megabox screenings were really only the smallest possible manifestation of that. 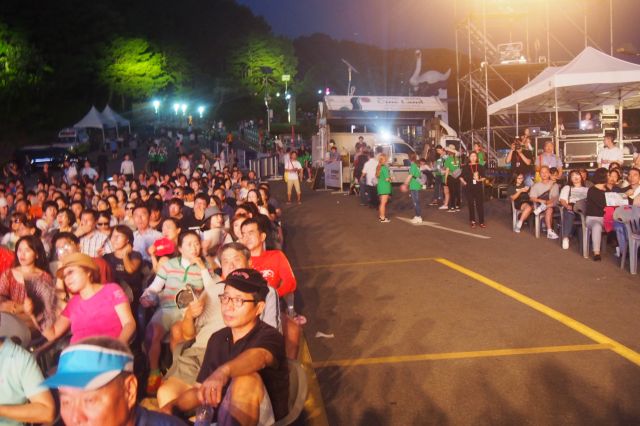 The major live performances at Jecheon happen on giant resort stages that are reasonably far away from the town center. For all the obvious inconvenience of trying to get to these places, every night was fully for whatever live musical performance, film, or combination of the two happened to be going on.

By combination of the two, I mean like this live musical accompaniment to "Hanbando", "The Big Swindle", and "Silmido". Yes, yes, I know AMVs aren't exactly new, but it's a very uncanny experience watching actual serious musicians do live renditions of them to movies that are more generally considered fairly mainstream. Ah, for those of you who don't know, AMV stands for Anime Music Video. That's right, anime fans invented this and now serious film festivals have taken them to the next level. Now that's just crazy. 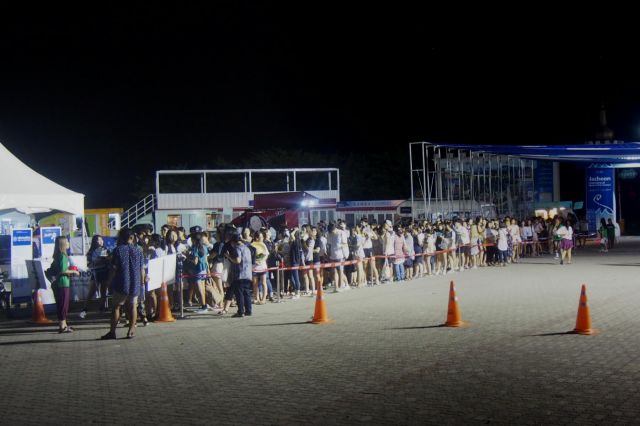 What else is crazy is just trying to leave. It's funny how a dozen shuttle bus trips were necessary to get all these people home every night and yet somehow, for all the filled seats, none of the performances ever felt particularly crowded. Kudos to whoever organized all of this- Jecheon definitely ranks among the most well run film festivals I've ever seen. I suppose it helps that, being as focused on music as they are on films, the relevant committees probably take their lead from a different managerial style. 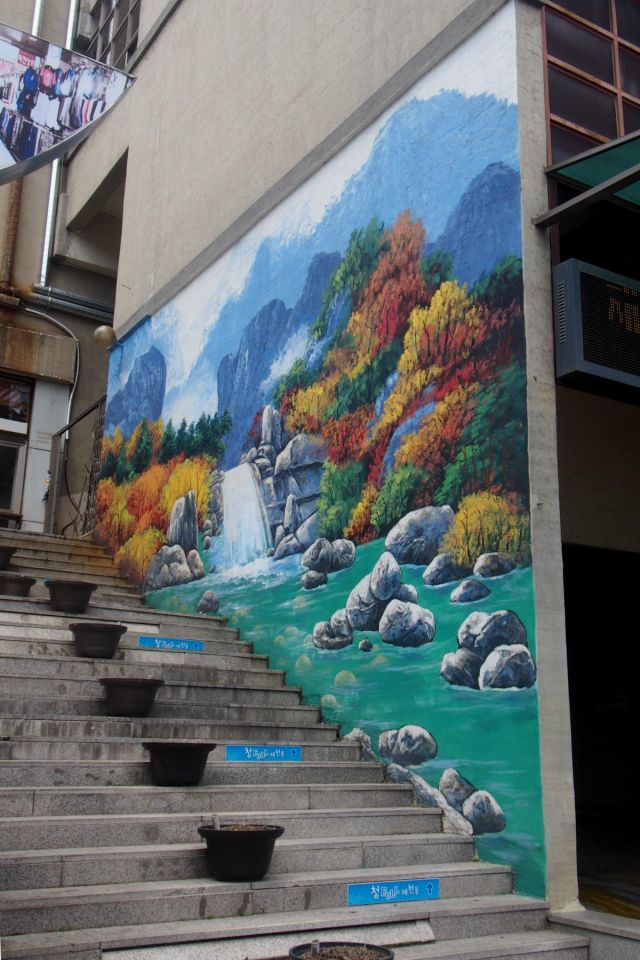 Make no mistake- big-name festival notwithstanding, Jecheon is a fairly rustic town, situated at about the border between Gyeonggi and Gangwon. It's not all that convenient to get to, but music fans are well known to travel far and wide for a decent live performance. 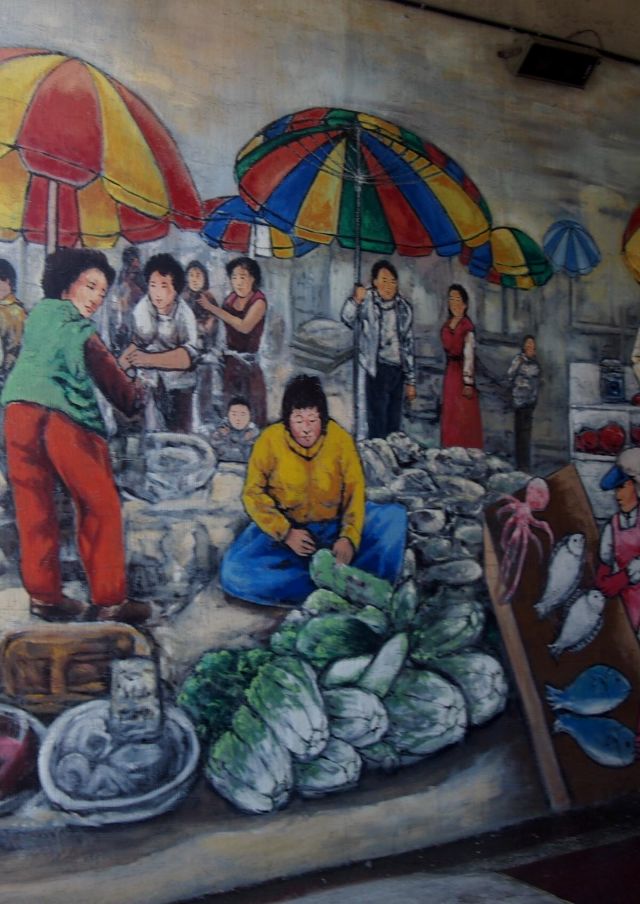 ...Oh right, I guess I should explain the murals. Well, what is there to explain really? They depict daily life in rural South Korea, whether it be through natural scenery or the day-to-day goings-on at the market. They're a constant reminder to me about the importance of stopping and taking a breath every once in awhile, because really, it's amazing the stuff you can miss if you're just focused on big events.