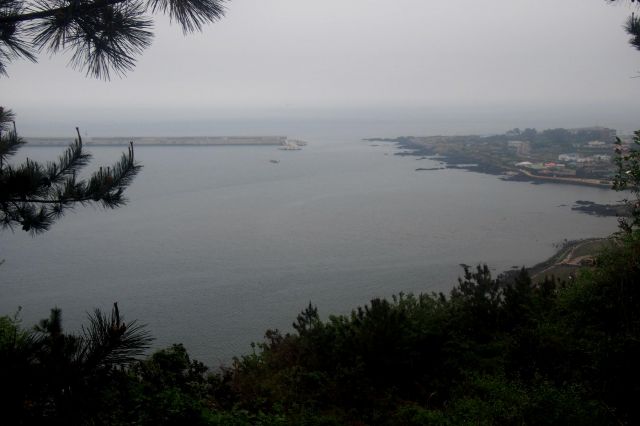 In anticipation of the 1st International Peace Film Festival in Gangjeong (which starts today), I impulsively grabbed a plane ticket to Jeju. From inside Korea traveling to Jeju is actually quite cheap. Although maybe it just seems like that because April is an off season. I can see why. For most of these early days spent in Jeju City, the weather was pretty balmy, with nary a fluffy white cloud to be seen in the blue sky. Still, I have to admit that from atop the many mountain parks that dot the landscape, the coastline looks pretty cool in any climate.

These pictures were all taken near the top of Sarabong (사라봉), which is just south of the harbor. Or it might have been Byeoldobong (별도봉), another mountain slightly to the east. In typical fashion the only reason I was in either of these places was because I was trying to go to the ferry terminal but overshot it. It's hard to get too annoyed since the view in this general really is ever so wonderful. And besides, I got to see something else interesting when I got back down- 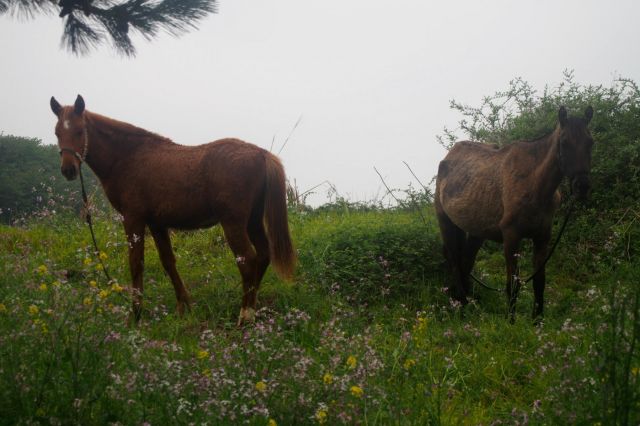 Genuine Jeju horses! Jeju horses are a big deal for some reason. From what I can gather, historically, there were no predators on Jeju Island so it was an ideal place to raise horse stocks without having to worry about a tiger coming down from the mountains and eating them. I was surprised to find these horses because they're not actually tied up to anything. They were just wandering around wild and free. Not that they seemed completely tame, mind you. I couldn't get that close, and there wasn't a horse handler in sight. Now why would these nice horses want to run away from home- 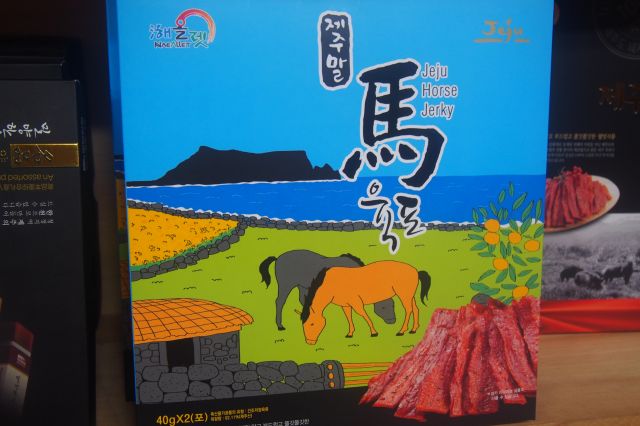 ...Oh, hm. I'd be upset about this, except I'm pretty sure most horses in Jeju today are just for riding. Besides, pigs are smarter than horses, and I don't see that many people getting mad about how we eat them. Albeit not in jerky form, most of the time. 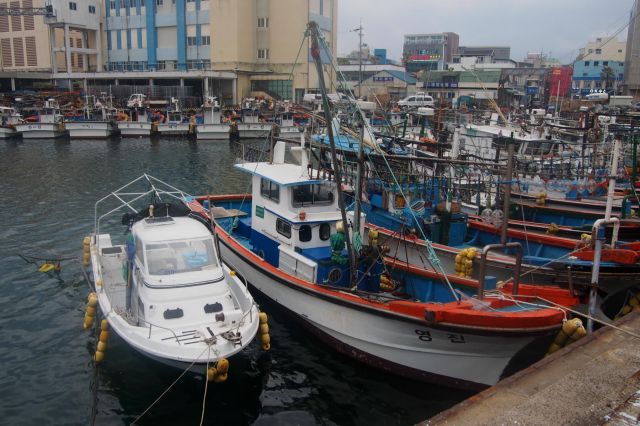 I had actually originally planned to go down to the south coast by bus and then take a ferry to Jeju, I was surprised to find that a one-way airplane ticket only costs about half as much as the overland and sea route. But worry not- from a nautical perspective too even just on the ground wandering through various harbors it's easy to get a good sense of how busy Jeju is as a port. These are just some of the smaller ships spotted at a smaller landing. For fishing maybe? Not really anyone around so I couldn't ask. 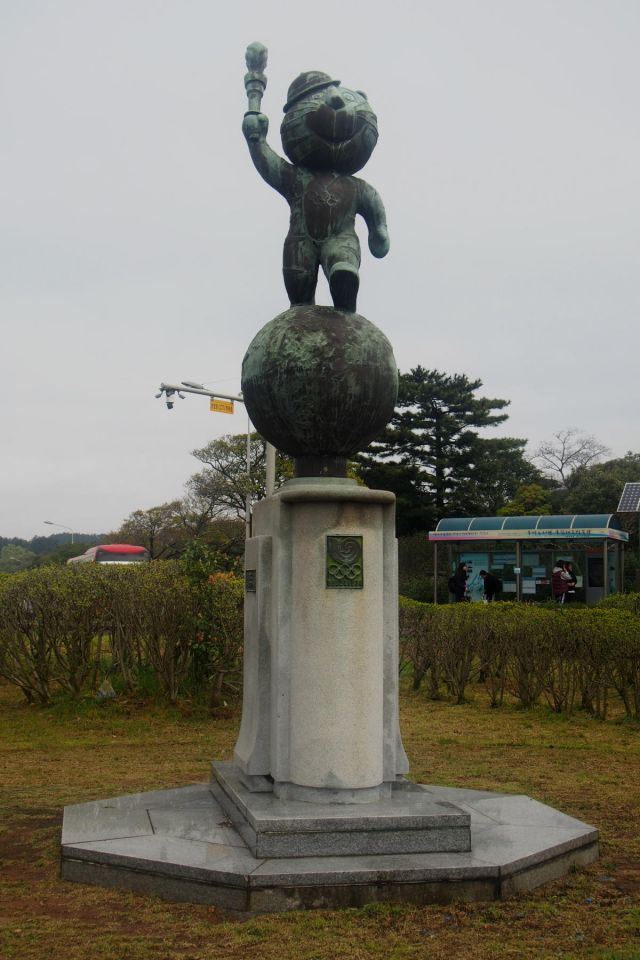 Further inland I ran into this delightful monument in a peace park close to the Jeju National Museum. That strapping tiger standing atop the globe is Hodori, the mascot for the 1988 Seoul Olympics. You probably best recognize him from his frequent appearances in the early episodes of "Answer Me 1988". Like most of South Korea's Olympic landmarks, this park is not in the best condition. I can't tell whether that's rust or whether this Hidori was always supposed to have that odd overlayed green sheen. Alas, simply being close to the Jeju National Museum was not enough to make Hidori here a big restoration priority.

As for the museum itself...well, it's a museum. There's lots of old Jeju maps, even more old Jeju pottery, and a neat-looking ceiling in the main room. There's a big Neolithic exhibit right now, and a kid's center, although overall in terms of huge make-or-break events, there isn't really all that much. The Jeju National Museum is worth going to if you're in the neighborhood- which might be enough, given that there's so much to do in Jeju overall.