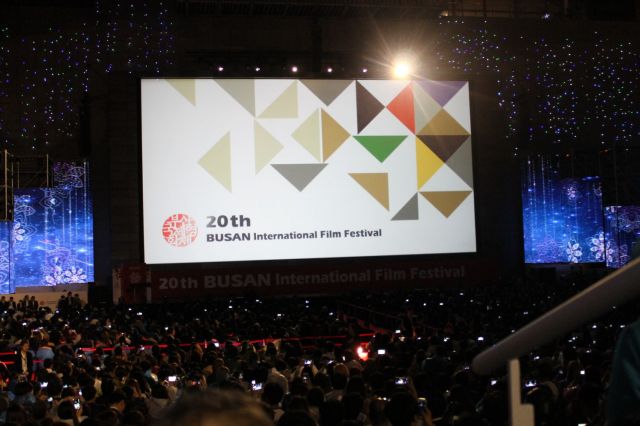 On October 1st HanCinema attended the 20th Busan International Film Festival's (BIFF) red carpet, opening ceremony, and opening film. Stars and talents walked the red carpet, stayed to present, and then "Zubaan", an introspective Bollywood film directed by Mozez Singh, had its world premiere. Despite the intermittent rain and blustering wind typical of the Busan area, fans braved the weather in raincoats and Snoopy towels to catch glimpses of the stars.

Upon arrival, what strikes one most is the architecture of the Busan Cinema Center located in Centrum City. It is the mall cantilever roof that captures the eye with its over 18,000 LED lights arranged in a rainbow of color. The space is cleverly designed to control the flow of traffic and despite the crowds, there was not much jostling as would be expected of a site that hosts the famous and more famous. Policemen were strategically planted for crowd and safety control. HanCinema sat under the big dome with those who would attend the red carpet, opening ceremony, and opening movie. 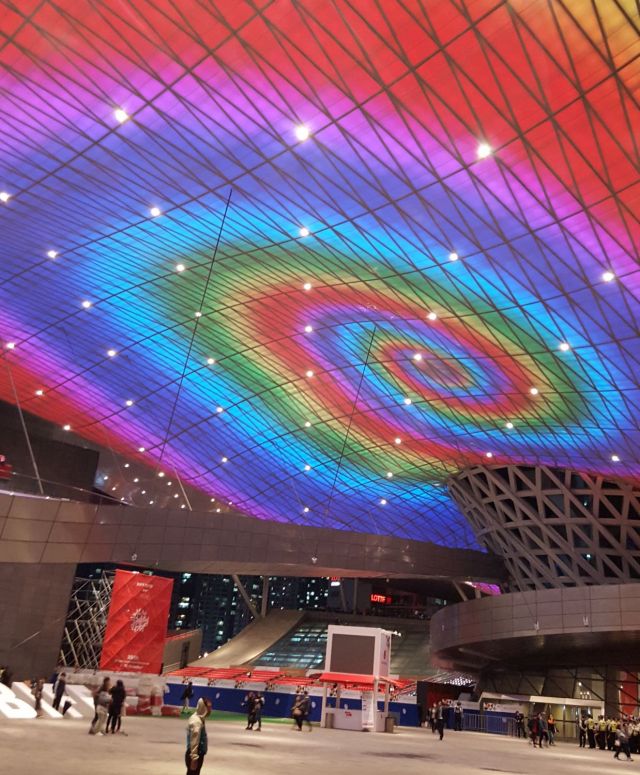 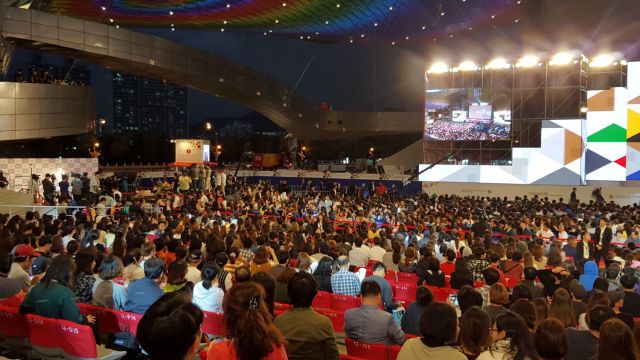 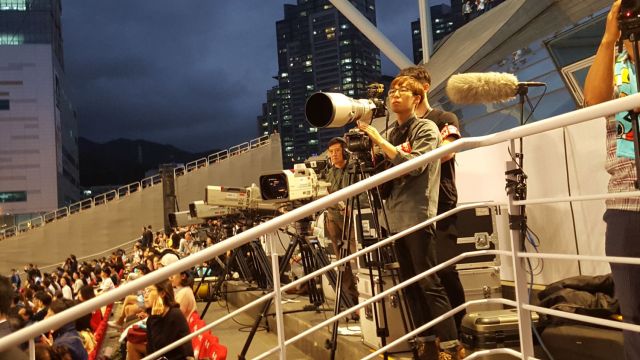 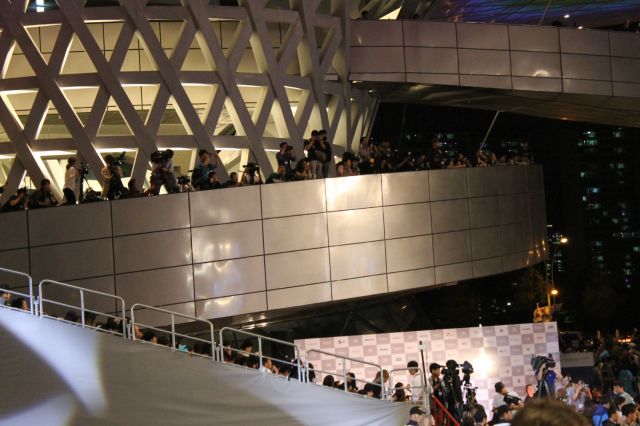 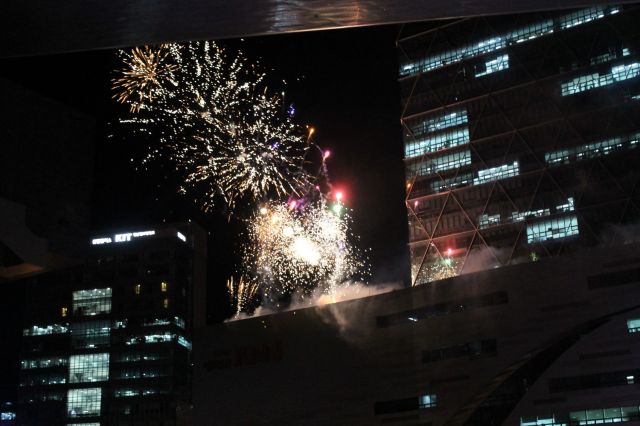 BIFF is one of the world's leading film festivals and those who graced the red carpet bolstered that fact. Favorites such as Korean stars as Lee Kwang-soo, Park Bo-young, and Lee Chun-hee walked and received a boisterous reception. They came on behalf of their newest film "COLLECTIVE INVENTION". Son Ye-jin and Ha Ji-won were elegantly beautiful in their gowns, while younger actresses like Kim Yoo-jung and Kim Sae-ron were poised and professional as they walked and interacted with their fans. Son attended to promote "Bad Guys Always Die", a Chinese film she promoted during the October 2nd news conference, and Ha promoted her film "Chronicle of a Blood Merchant" that released earlier this year.

Song Kang-ho alongside Marina Golbahari were the hosts for the opening ceremony that included awards, a traditional Korean procession of a king, his queen, and his entourage, and a powerful performance by world-renowned, Grammy-winning coloratura soprano Sumi Jo. After her performance, director Mozez Singh and lead actors Vicky Kaushal and Sarah Jane Dias of the opening film "Zubaan" gave a short Q & A before the film began.

The night ended with the film and people cleanly filed out of the Busan Cinema Center into the cool, breezy night. Stay tuned for a spotlight on the BIFF film "The Silenced" and an interview with its stars Park Bo-young and Park So-dam.

Giveaway: During her trip for 'Korea Joa', Lisa acquired some giveaway items for you. Go to the end of this post for a chance to win a DVD for movie "Commitment" starring Choi Seung-hyun, otherwise known as T.O.P of Big Bang. The DVD is Region 3 with English subtitles. 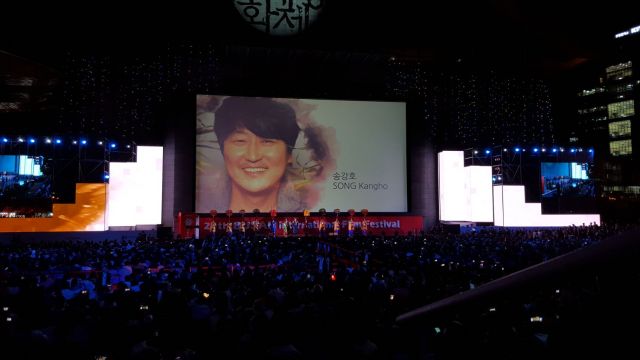 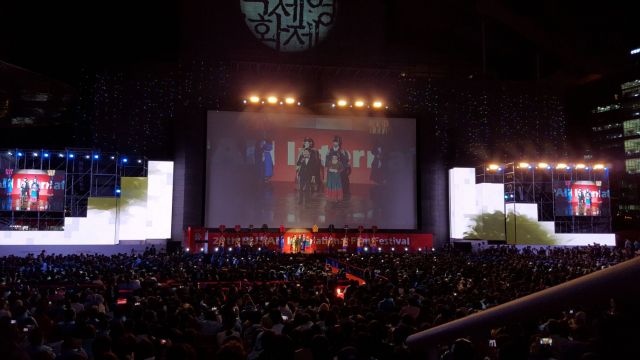 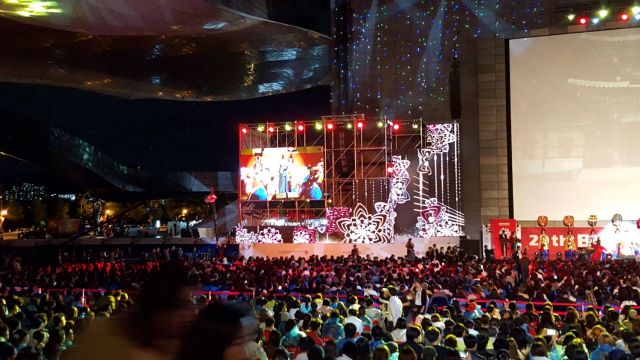 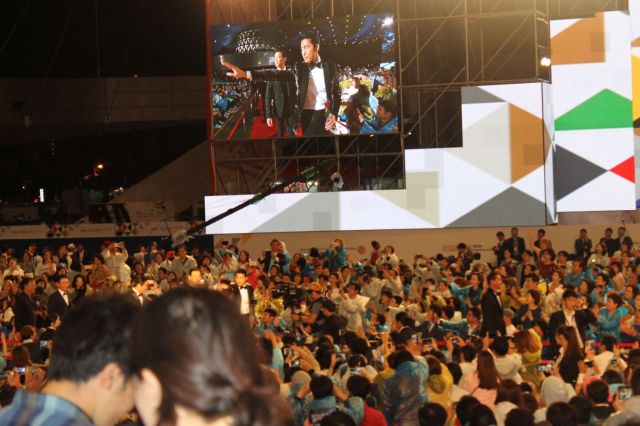 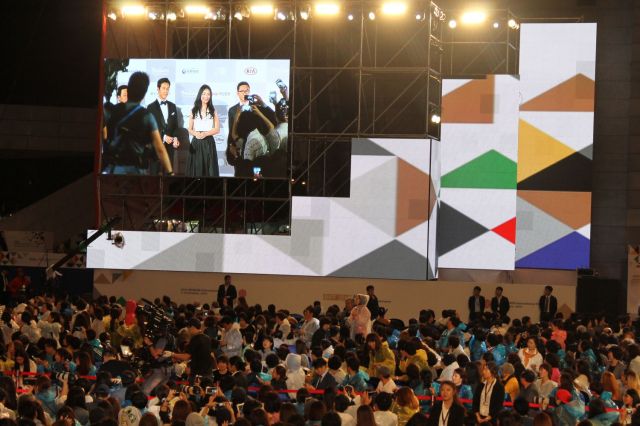 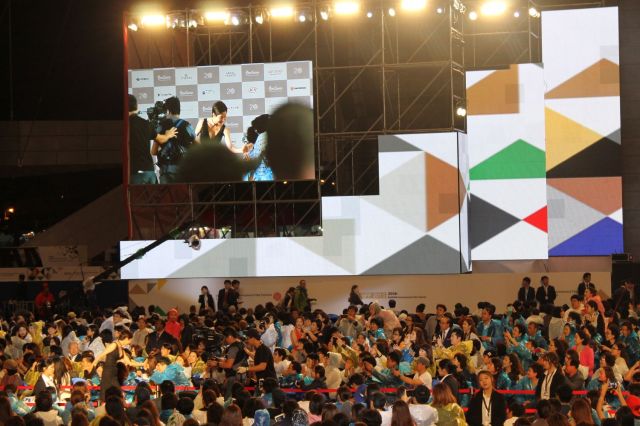 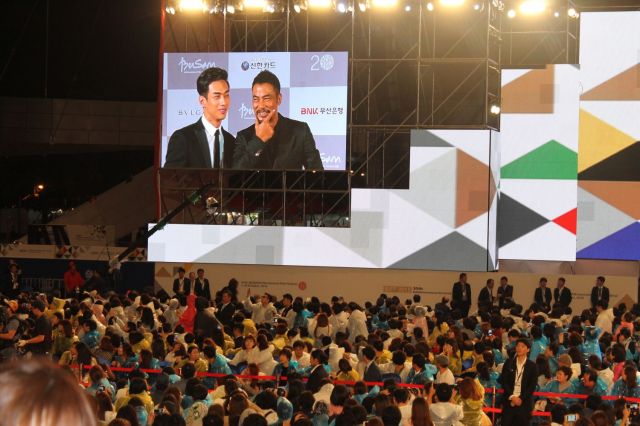 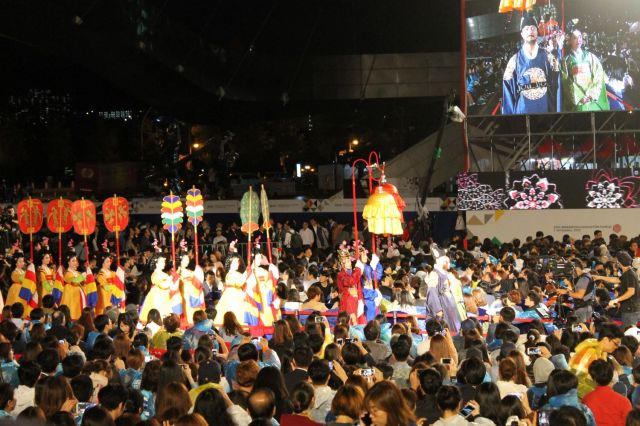 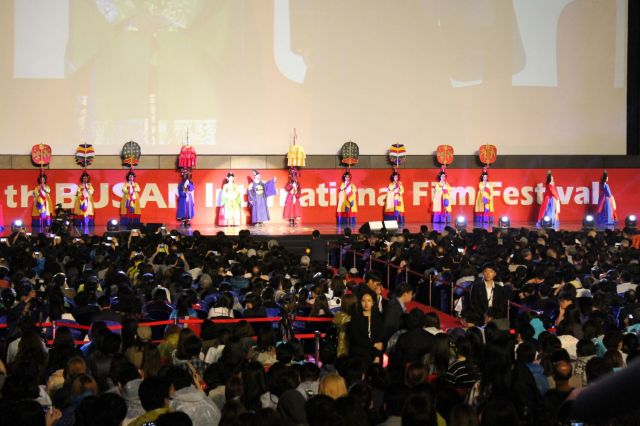 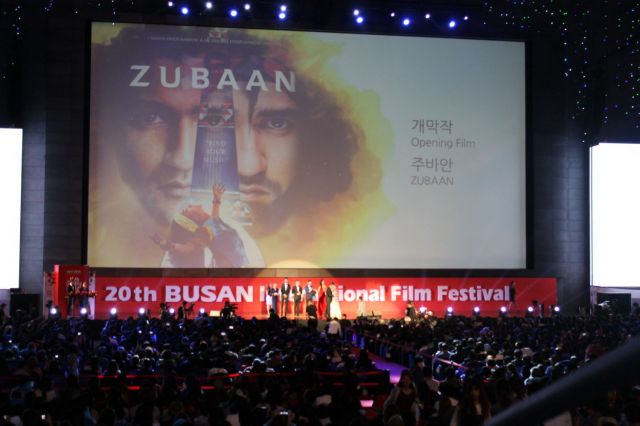 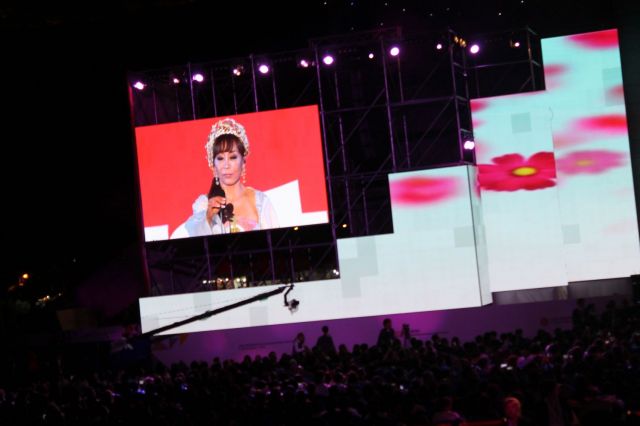 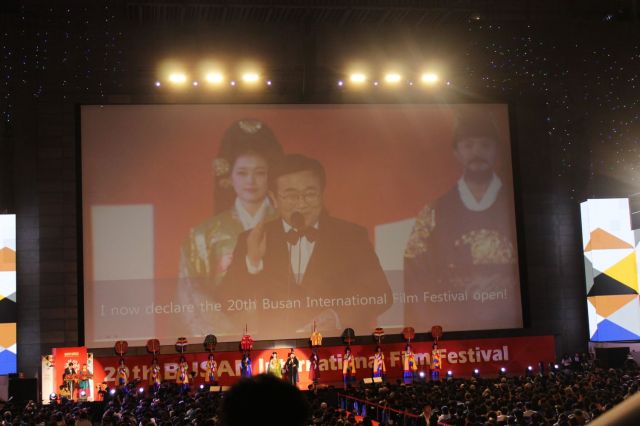