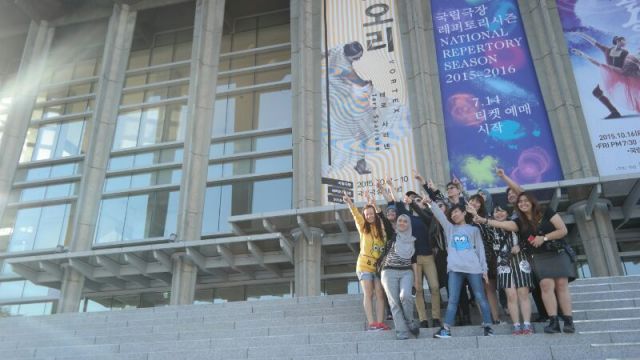 Kim Soo-hyun and Jun Ji-hyun stand atop the stairs of the National Theater of Korea in episode 21 of "My Love from the Star" and share a heartbreaking kiss just before he suddenly disappears. This "red carpet kiss" is one of the most famous drama kisses in recent history and it was filmed on the steps on the first national theater in Korea, a space dedicated to supporting Korean traditional arts and the arts in general. As the home of three national performance groups, the theater holds a lot of history even though it was established fairly recently in 1950.

Located near N Seoul Tower, more famously known as Namsan Tower, another famous spot of Korea that is both a tourist destination and well-known drama location, the theater finds its home in a location hard-earned. Since its establishment just after South Korea became a country, the theater has had to move locations several times because of wartime and political hardships. Currently, the National Theater makes its home in Sigonggwan, renovated in 1962 and maintained beautifully today.

Education and public activity all occur on the grounds of the theater, making it a hot spot not only for film and drama, but for natives and international visitors alike. The use of places like the National Theater of Korea in film and drama allow for exposure of such wonderful places and inspires people to visit. Please do come and take a walk up the grandiose steps, past the modernized Greek columns, and into a world of refined art - also, you'll be standing where Kim Soo-hyun stood, which is never a bad thing. You can even get creative and grab a partner for a fun re-enactment like Johnny from HelloAsia and Dan from DramaFever did in the pictures below. 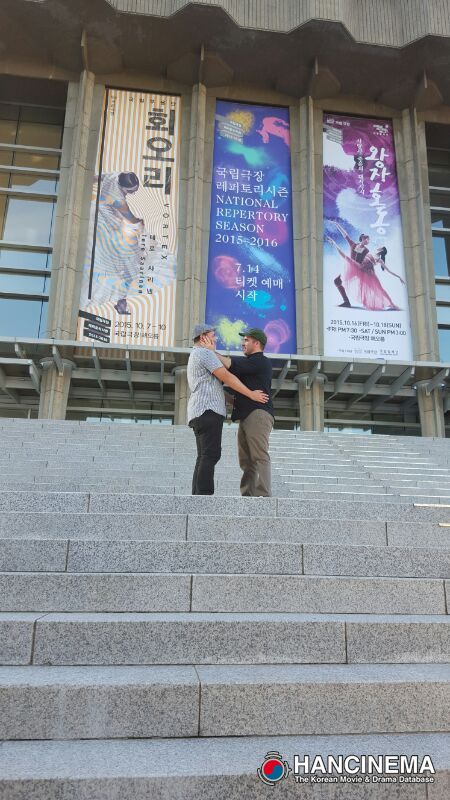 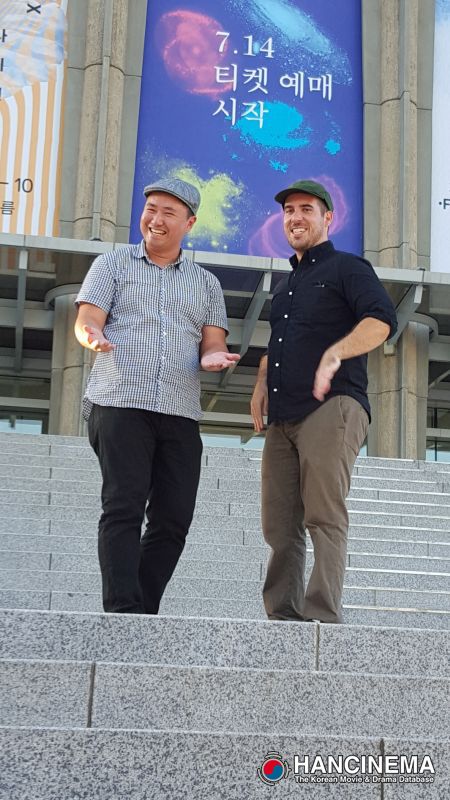