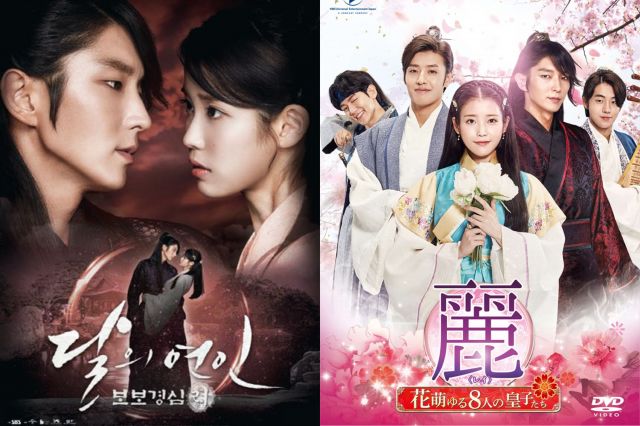 What book covers are to books, posters are to film and television. They provide the very first impressions to the audience and aid to speculation and anticipation for the drama. Most of the time, they are designed in accordance with the mood of the drama. For instance, a dark thriller would not have a bright and cheerful poster and on the other hand, a romantic comedy would not have a dark themed poster. Here are 10 Korean dramas whose posters were drastically altered for the Japanese DVD jackets! 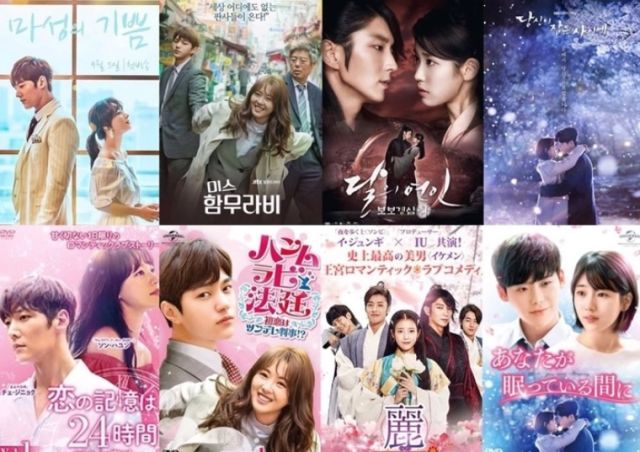 The Korean or the original poster for "Devilish Happiness" shows the two lead characters standing back to back, with Song Ha-yoon looking up and Choi Jin-hyuk looking down. In the Japanese poster, the background is changed to a bright pink and the characters' faces are made clearer with close-up shots.

The Korean poster of "Miss Hammurabi" shows Go Ara, Sung Dong-il and Kim Myung-soo in a dynamic pose, which captures the essence of the drama perfectly. However, the Japanese poster focuses on Kim Myung-soo and Go Ara and their love line. The background is once again pink and the lettering is more whimsical as opposed to the bold one of the original.

Instead of a dark background and the spotlight focused on the central couple of the drama, as the Korean poster portrays, the Japanese DVD jacket of "Scarlet Heart: Ryeo" focuses on the princes who compete for the female lead's love. The background is pink and floral with a spring vibe, completely contrary to the original.

In the Japanese poster of this drama, half of the original poster is retained and the lead actors are once again highlighted with close-ups. The lettering is pink this time with light blue in the background, maintaining a youthful and romantic atmosphere. 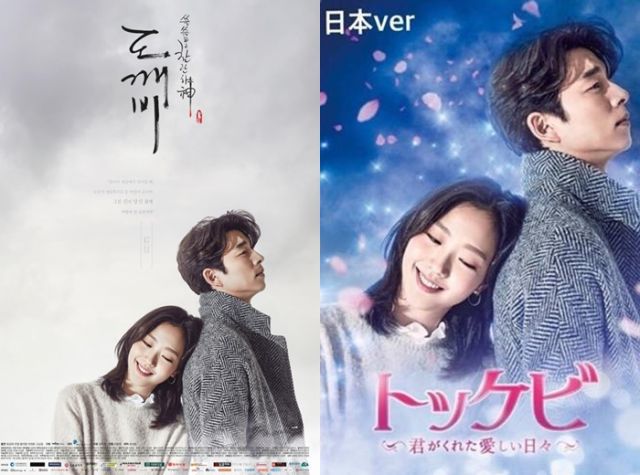 Both the Korean and Japanese posters of "Goblin" are quite similar with the Japanese version being a zoomed in version of the Korean one. The background is changed to a bright blue with flower petals falling from the sky instead of the cloudy sky in the original. 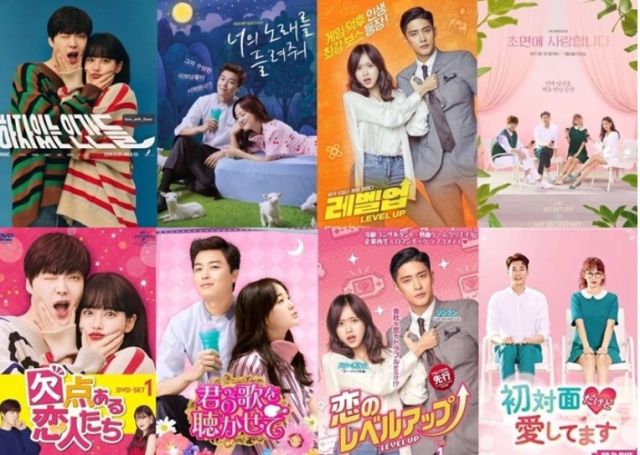 Much like "Goblin", the Japanese poster for "Love With Flaws" is a zoomed in version of the Korean poster so as to make the characters' faces clearer. The male lead's clothes are changed to a lighter colour too. The exposure is also increased to make the characters look even fairer. The background is pink

"The Secret Life of My Secretary"

While the original Korean poster of "The Secret Life of My Secretary" features the entire main cast, the Japanese version, once again, focuses on only the lead actors. The background is pink for both the versions and the colour of the clothes on the characters is lightened.

"I Wanna Hear Your Song"

The Korean poster of this drama has quite a bit going on, with little lambs representing innocence and the two characters in easygoing poses, reflecting the light hearted nature of the drama and a dark forest background with a bright full moon. The Japanese version completely simplifies it, with the poster only featuring close-ups of the two lead actors against a pink background and a floral foreground.

There's not much difference in the two posters, except for the classic pink background in the Japanese version and the big and bright lettering as well as the overall whitening of the characters' skin tones. 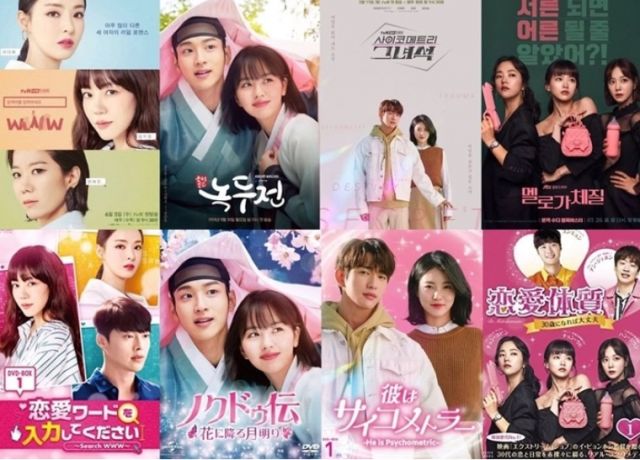 The original Korean poster of this drama features the three leading female characters at the forefront, with all the focus on their own struggles and strength. However, the Japanese poster also brings into play the two male leads, thereby focusing more on the romantic angle of the story. The background is, again, pink with hearts.

More such altered posters include those of "Search: WWW", "The Tale of Nokdu" and "He Is Psychometric" among others.