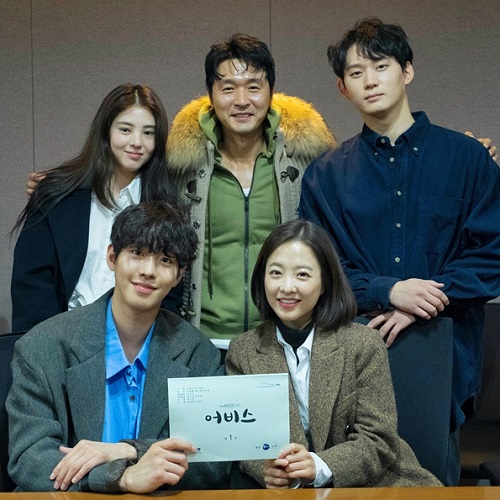 In anticipation of filming the cast of "Abyss" has started script readings. Photos of the script readings have been released by tvN. In them we can that the actors are alternatively animated and thoughtful in regards to the material.

"Abyss" is a fantasy story about a man and woman who are revived in each others bodies as they attempt to solve the earthly mysteries that prompted this strange twist of fate. It's the latest work from director Yoo Je-won, who last did a similarly ethereal concept in "Oh My Ghostess" from 2015. 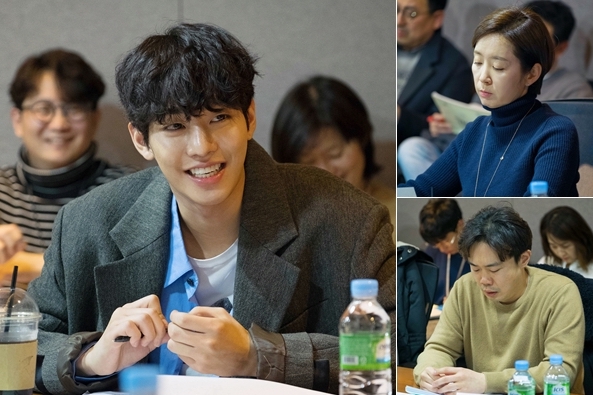 Yoo Je-won as well as screenwriter Moon Soo-yeon were present for the script reading. They expressed hope that cast and crew alike would be able to get along together and have a strong working relationship.

Park Bo-young plays ace detective Se-yeon with both physical charm and personal charisma. Ahn Hyo-seop plays a wealthy heir. Circumstance forces them into an unfortunate magical turnabout. "Abyss" is expected to start airing in May.