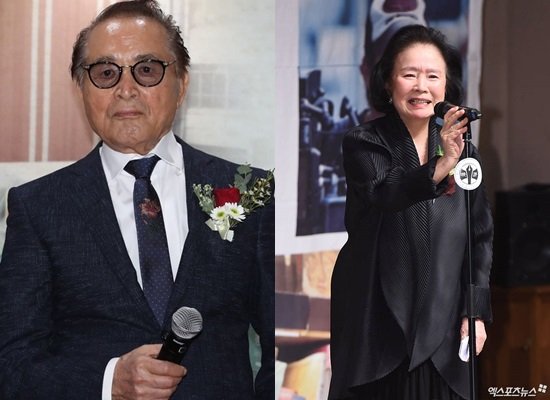 In his statement Shin Young-kyun revealed that he had already known of the diagnosis owing to his friendship with Yoon Jung-hee and her husband. Shin Young-kyung mentioned having seen her husband's performances and also having invited them over to have dinner at his own private residence, and described the news of Yoon Jung-hee's illness as being unfortunate.

The two actors had both attended the red carpet at the Busan International Film Festival. Shin Young-kyun was also among the guests for the VIP screening of "Poetry" back in 2010. At that time, when asked what kind of an actress Yoon Jung-hee was, Shin Young-kyun replied that she was a very stylish one. Shin Young-kyun has also claimed that he expressed an interest in appearing in a film with her, having asked "Poetry" director Lee Chang-dong about that possibility.

Shin Young-kyun won multiple awards for his film performances in the sixties. "The Seashore Village", "A Water Mill", and "Flame in the Valley" are among the works he has appeared in. Shin Young-kyun was also a parliamentary representative from 1996-2004.