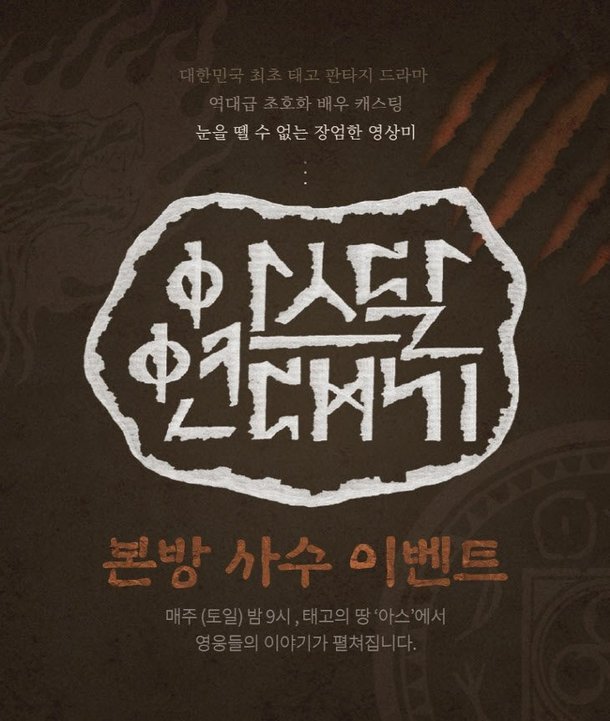 While "Arthdal Chronicles" only started airing on June 1st, the success of the drama is so presumed that the production has already arranged over sixty collaboration deals with various companies to make branded products. On June 3rd it was announced that these products would be unveiled on June 10th.

The branded products include USB drivers, portable cell-phone attached fans, transit cards, and secondary batteries, among others. The products are not expected to differ in utility compared to generic equivalents. They will just be branded with the "Arthdal Chronicles" intellectual property.

The Ticket Monster (TMON) online service provider company will also be offering for "Arthdal Chronicles" and other similarly franchised goods through July 7th. The event involves participants uploading photos of themselves watching the drama to social media. The vouchers will be viable for twenty four different products to three hundred winners.

The offer is similar to another promotion based on the second season of the variety competition show 'Producers 101'. Due to strong participation from viewers, character branded products for the musical group 'Wanna One' sold out in just two hours.

'Miss Trot' and '300x2' had similar promotions, but "Arthdal Chronicles" is the first such Ticket Monster promotion relating to a scripted drama. A representative from the company stated that they were exploring various methods to connect consumers with such products via Ticket Monster.