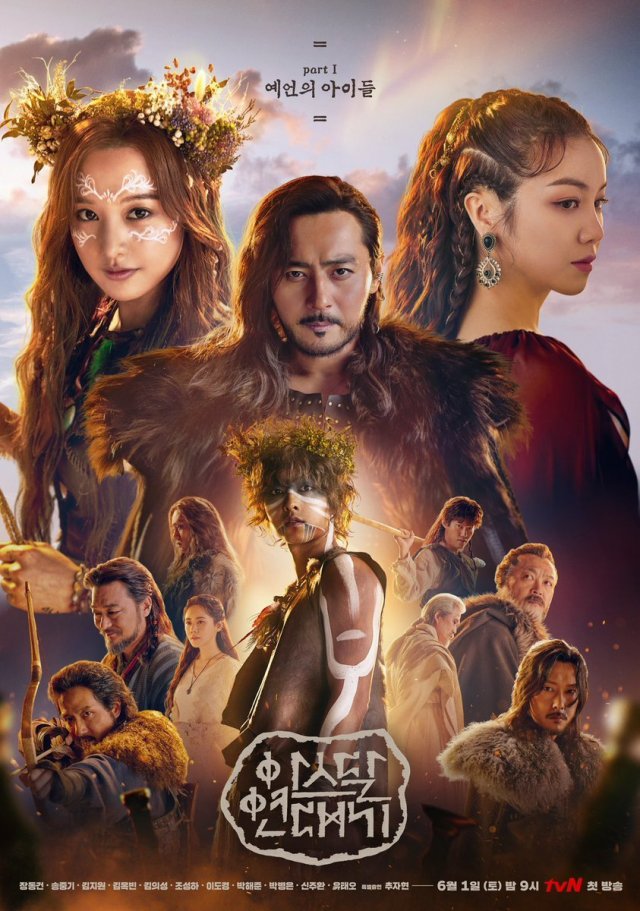 "Arthdal Chronicles" is enjoying its second straight week on top of the Good Data report. Since its premiere on June 1st "Arthdal Chronicles" has attracted considerable attention in social media metrics. This particular report was based on data collected from the period spanning June 3rd to June 9th.

The success has not been quite so dramatic when it comes to the main cast, however. Song Joong-ki ranks high at number three and Jang Dong-gun is doing decently enough at number seven. The top two performers in that regard are Jung Hae-in and and Han Ji-min at number one and two respectively, from "One Spring Night".

"One Spring Night" ranks as the number two overall drama. This data indicates that in terms of the central project, "Arthdal Chronicles" is more popular, but that in terms of individual performances, "One Spring Night" is the main drama to talk about. However, extrapolating from this is difficult, as the two dramas are completely different genres.

New dramas "Search: WWW" and "Perfume" come in next at number three and four. At number five and six are "Voice 3" and "Angel's Last Mission: Love", which have received much negative attention for perceived defects in their stories.