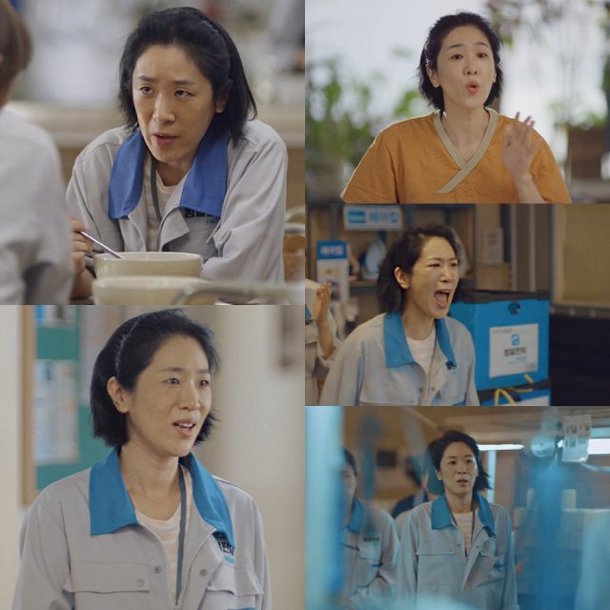 "Miss Lee" has been one of the more low-profile dramas of the current season. The drama's only real star of note is "Hyeri", who has long been criticized for a perceived lack of talent. However, the drama has been promoting itself more on uniqueness of concept than star popularity, purporting to show off a realistic working environment.

Baek Ji-won in a supporting role has helped to spotlight this concept, in a role that has proven quite relatable to older working women in the real world.

Baek Ji-won plays the operations manager of the company. As forewoman she has a more direct relationship with the business environment than "Hyeri"'s character does, and the two have shown strong chemistry as they have clashed and collaborated over how to keep the accounting in order, while also achieving practical, realistic goals that at times require unorthodox methods so as to protect everyone's job.

Baek Ji-won's direct, clever speaking style has been another major point of popularity. Her scenes at the public spa in a recent episode have particularly emphasized how she is a normal person who you may well have met or overheard at some point in your life. "Miss Lee" airs on tvN on Wednesday and Thursday nights.