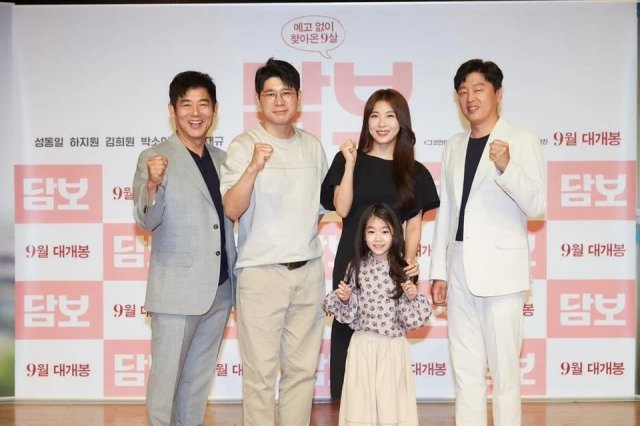 Due to a resurgence in COVID-19 cases "Pawn" still lacks a definite release date and the action comedy film is currently just slated for September. But "Pawn" is already in the midst of a robust marketing campaign. The chemistry between lead actors Sung Dong-il and Kim Hee-won has been a particular point of interest, as the two older men only just recently finished a short variety program where they attempt to live in a cockroach infested house.

The variety show also contained brief references to their filming experience for "Pawn", which Kim Hee-won described as a Tom and Jerry sort of concept. The family oriented film also stars Ha Ji-won as well as child actress Park So-yi. Earlier this year Park So-yi also had roles in "Hotel Lake" and "Deliver Us From Evil", marking her rising profile as a film star. Park So-yi outdid three hundred other young actresses in an audition for the role.

"Pawn" is also a retrospective movie, contrasting the nineties with the 2010's. According to director Kang Dae-gyu, he wanted to showcase his memories of what the nineties were like with this movie, with emphasis on everyday parts of life ranging from beeps to phone booths. Much of the location shooting was done in Chinatown in Incheon, an area that still maintains many of these rustic charms to this very day.

The actors of "Pawn" have described the movie as a warm-hearted one, with a message really needed for the present day. The movie is, in the end, the story of an unconventional family formed when a child is offered up as a guarantee of eventual payment. Yet in spite of this seemingly dark subject matter, "Pawn" is being sold as an emotionally healing movie before all else.