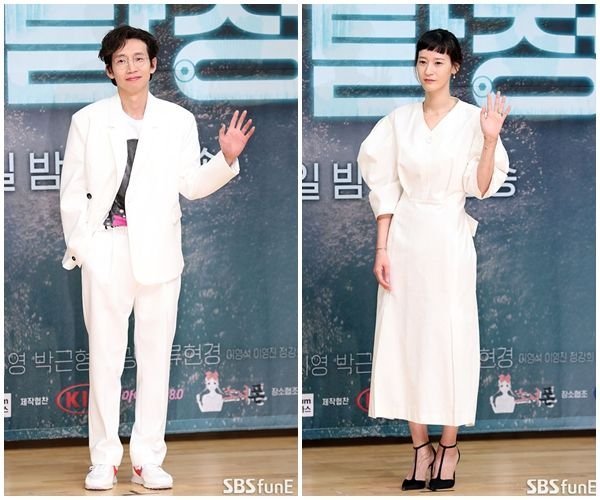 Ahead of the premiere of "Doctor Detective" the cast of the drama had a chance to discuss their work on the drama as well as each other. Rie Young-zin said that, having heard of Bong Tae-gyu since her debut long ago, it was a pleasure to start working with him and discover he still had much youthful energy as well as ideas for how the drama should go.

Rie Young-zin was also impressed by the extent to which Bong Tae-gyu is a family man, noting that even in regular daily life she has always been of the opinion that a family man is a cool man, and that this impression has grown with age. Rie Young-zin said that it's been a joy to work with such a respected actor.

Bong Tae-gyu for his part also expressed a positive opinion of Rie Young-zin, saying that he had also been familiar with her since his debut, though that had been quite some time ago. He said that their acting together has been a comfortable and natural experience. He was glad for the chance to find a co-star with good synergy.