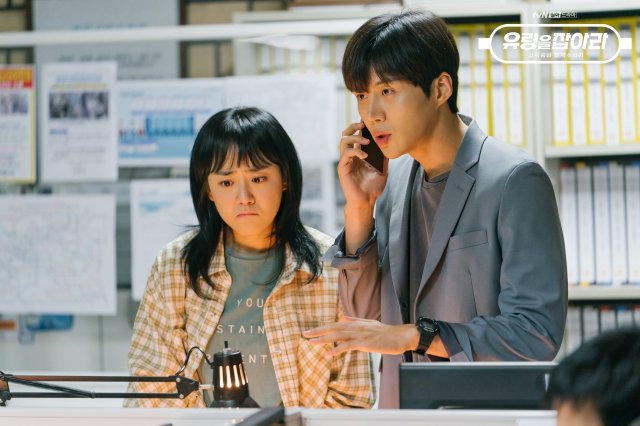 Most dramas and films focus on police officers doing high profile investigations of major crimes. "Catch the Ghost" is no different in that regard, as the main plot of the drama deals with a serial killer. However, because the main characters are subway police officers, they are also portrayed dealing with problems more usually expected from such a setting, such as pickpockets or hidden cameras.

At a press conference on October 21st director Sin Yoon-seob emphasized the importance of this setting, describing the official police attitude as being about actively providing a safe environment in a public area. Genrewise he described "Catch the Ghost" as being a human romantic investigation.

Another point of interest made by Sin Yoo-seob is that while most people in South Korea are familiar with subways, they aren't used to seeing restricted areas. He thought people would be curious about such spaces. At the press conference actors also discussed how important learning about such areas was to their researching their roles, particularly about the kinds of unusual problems that could happen in such areas. "Catch the Ghost" started airing on October 21st.