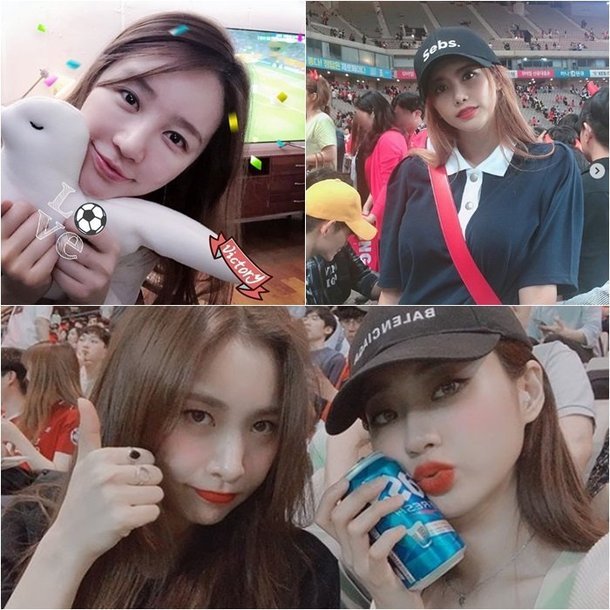 The mood on South Korean social media has been very ebullient following South Korea's victory over Ecuador in the U-20 World Cup Semifinals. As they face Ukraine in the finals on June 15th, celebrities have been expressing their support.

Lee Si-eon offered congratulations and talked about how proud he was to watch the broadcast, using the word 'really' four times for emphasis. Kang Ye-won called the victory a historic moment, and Yoon Eun-hye mentioned going to sleep even though her heart was still pounding.

The rapper DinDin also chimed in, talking about how the game was crazy and like watching a movie. He mentioned crying as well. Qri discussed feeling very hot over the experience and also uploaded a photo of herself at the World Cup Stadium in Seoul.