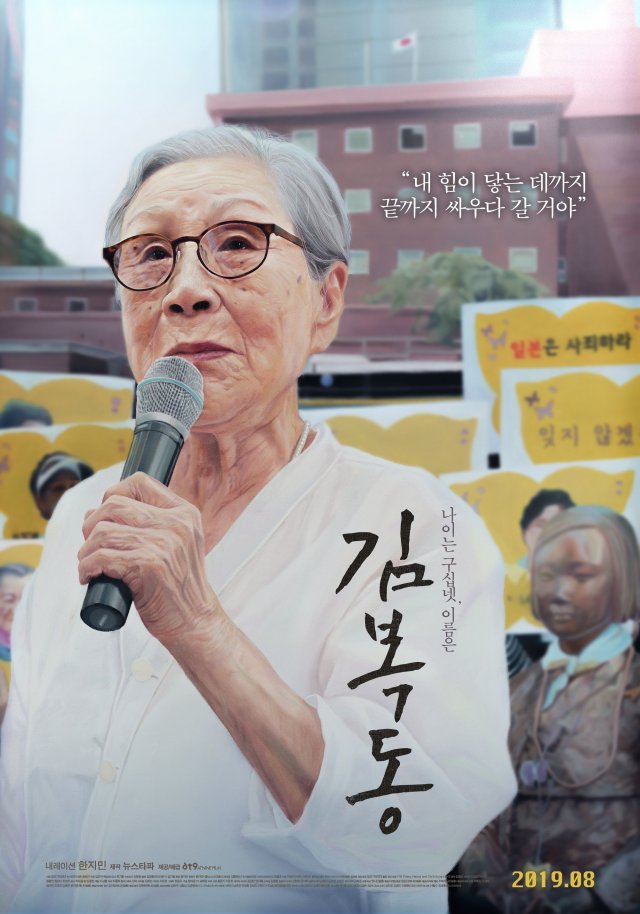 On July 16th the upcoming comfort woman documentary "My name is KIM Bok-dong" started crowdfunding. In only two days it achieved its target of ten thousand dollars worth of donations.

"My name is KIM Bok-dong" has already been completed and confirmed for an August 8th release. The campaign was to help with costs that had already gone into producing the documentary. Backers received advance screening tickets, special program books, and photo cards depending on their level of support.

"My name is KIM Bok-dong" is about the former comfort woman turned peace activist who had called for an official apology from Japan over the comfort women issue ever since it became publicized in the early nineties. She died at the age of ninety-two back in January and the documentary deals with her political activism and influence into her old age. The documentary is the third feature from the Korean Center for Investigative Journalism, which also produced "Spy Nation" and "Criminal Conspiracy".