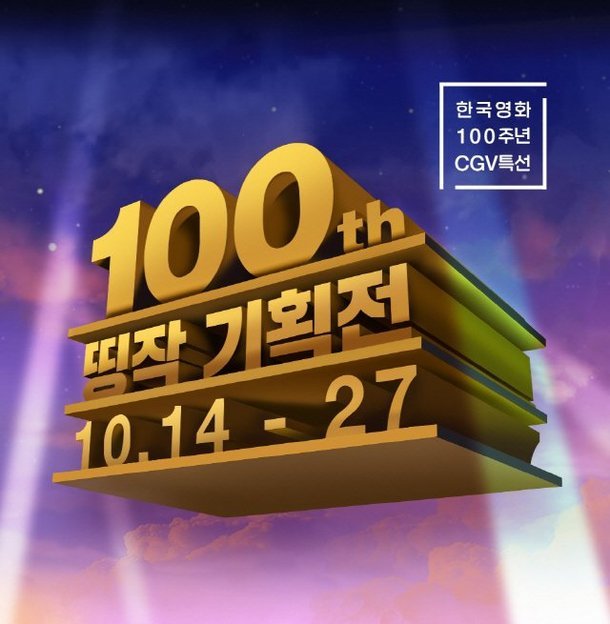 In recognition of the one hundreth anniversary of South Korea's film industry, CGV will be running screenings from October 14th to October 27th of various classic South Korean films. However, the films in question will skew toward more recent releases, namely major box office performers of recent years, and some of the more well-known titles from the Hallyu Wave period of the late nineties and early two thousands.

The box office section will feature "Haeundae", "The Thieves", "Miracle in Cell No.7", "The Admiral: Roaring Currents", "Veteran", "Train to Busan", "A Taxi Driver", "Along With the Gods: The Two Worlds", and "Along With the Gods: The Last 49 Days". The melodrama section will include "The Contact", "Christmas in August", "Bungee Jumping of their Own", and "The Classic". The manly section will include "The Big Swindle", "The New World", "The Unjust", and "Inside Men".

Tickets for these movies will only cost six thousand won, half the price of a full priced ticket. Showtimes can be confirmed on CGV's homepage, and free tickets for regular movies will also be handed out to participants in the promotion.